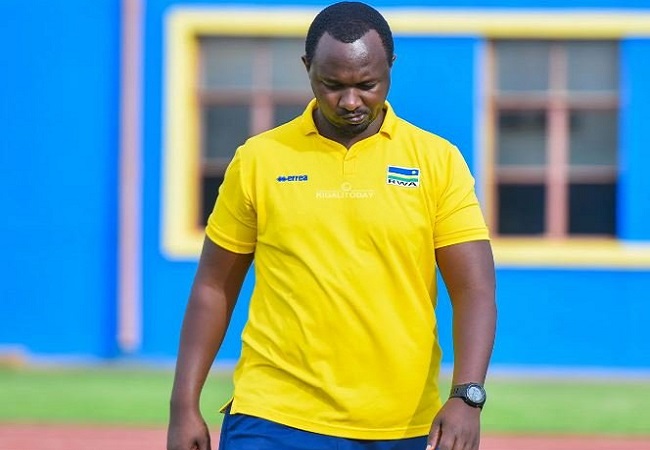 Rwandan Football Federation (FERWAFA) announced on Thursday to have ended partnership with national team head coach Vincent Mashami. The 41-year-old ends his stay with the senior national team of his country after nearly four years in charge of the Amavubi.

His contract with the FERWAFA expired last week. And after an internal assessment, the decision was made not to keep him in the position.

FERWAFA announced its decision to look for a new Amavubi coach on Thursday. The national football authority however hailed the contribution of Mashami to the national team.

“FERWAFA would like to inform the general public that the contract of the senior men’s National Team Head Coach Mr. Mashami Vincent will not be renewed following the expiry of its duration on 02/03/2022.” FERWAFA said in a statement on Thursday.

“The new head coach recruitment process will be communicated in due course.

“We take this opportunity to thank Mr. Mashami Vincent for his achievement during his tenure and wish him well for his future endeavors in his career as a football coach.” Continued the statement. Mashami has been in charge of Amavubisince August 2018 after taking over from German trainer Antoine Hey.

His contract with Rwanda was extended in February last year to help him lead the side in the qualifiers for the 2021 Africa Cup of Nations and 2022 World Cup.

However, he failed to secure the results needed to qualify for both tournaments. This might have led to the decision not to extend his contract.

Amavubi got just one point in six matches in Group E of the second round of qualifying for the World Cup in Qatar this year in a group with Mali, Kenya and Uganda.

They also failed to secure a ticket to the 2021 Africa Cup of Nations which seems to have forced the hands of FERWAFA to look for a new coach for the senior national team.

Mashami is a former coach of local giants APR. And his biggest achievement was at the 2020 CHAN when he helped the home-based national team to reach the quarter-finals of the tournament in Cameroon.