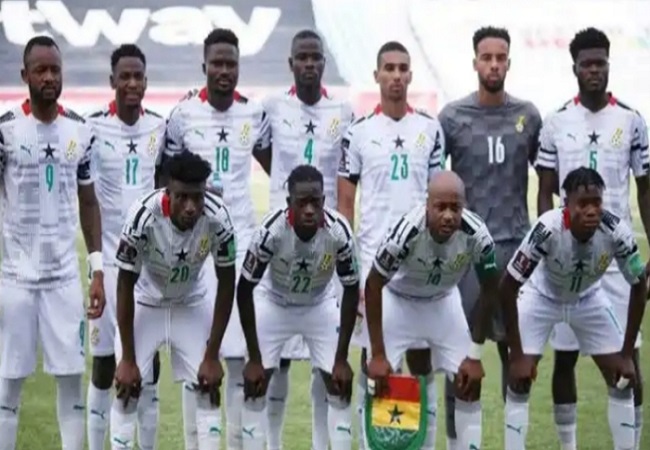 Several media from Ghana report that the provisional squad to face Nigeria in their Qatar 2022 World Cup qualifiers will be released on Thursday. The list will see several players who featured at the 2021 Africa Cup of Nations in Cameroon, where the Black Stars crashed out in the group stage without a win, set to miss out.

Black Stars interim coach Otto Addo had last week submitted a list of players to the Ghana Football Association (GFA) in order to make final decisions on players who merit the call-up.

According to GHANAsoccernet.com, Addo will hand debut invitations to eight players for the two matches.

New faces like Bristol City’s Antoine Semenyo, who was named Championship Player of The Month for January; Leeroy Owusu (Willem II), Felix Afena-Gyan (AS Roma), Elisha Owusu (Gent) amongst others will reportedly be invited for the crucial qualifier.

Also, familiar trio Jeffery Schlupp (Crystal Palace), Harrison Afful (Columbus Crew), Alfred Duncan (Fiorentina) are expected to make a return to the squad after missing out from the 2021 AFCON in Cameroon.

The Confederation of African Football (CAF) has named Moroccan Redouane Jiyed as the referee to officiate the first leg of the encounter in Cape Coast on March 25, while Tunisian referee Sadok Selmi will handle the second  leg on March 29 in Abuja.