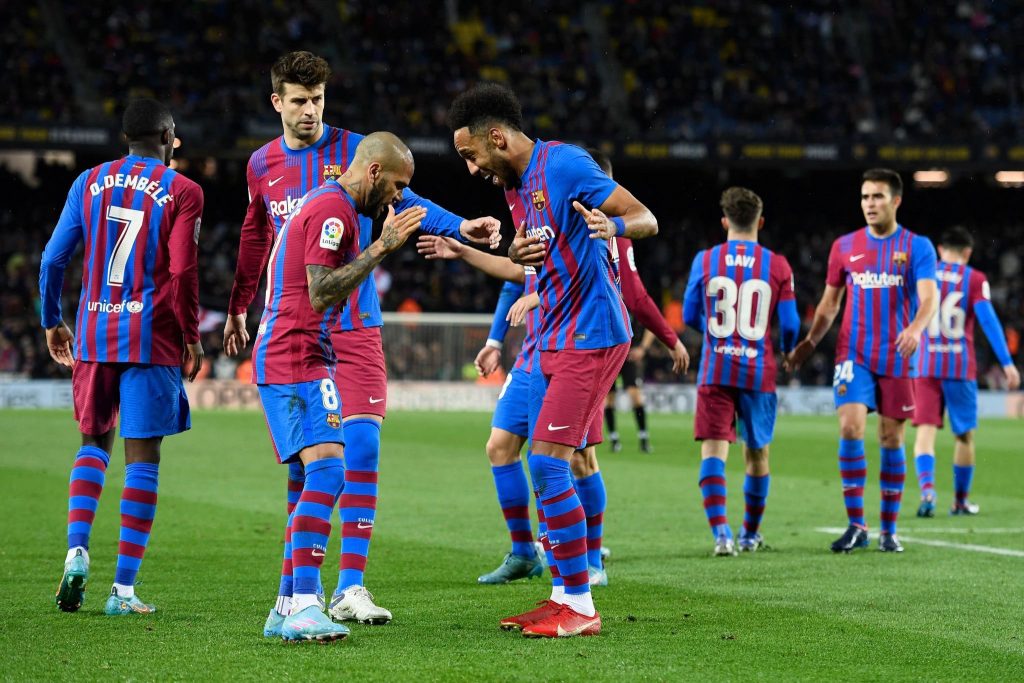 The 32-year old is living a new life in Catalonia since leaving Arsenal in the last winter transfer window.

After Ferran Torres’ penalty to open the scoreline, Auba made it two nil in the 27th minute.

That strike was the sixth of Aubameyang in just 5 league appearances appearances this season.

Barcelona won the game by a 4-0 scoreline and climb to the third position on La Liga standings before taking on Real Madrid in the Clasico next Sunday.