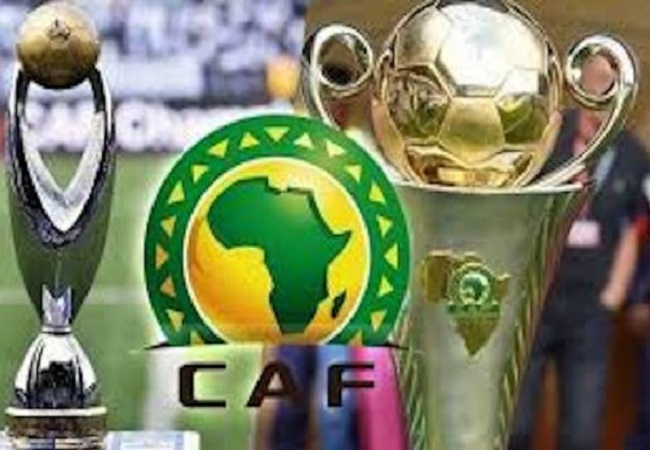 The Confederation of African Football (CAF) has confirmed the date for the quarterfinal draws for both the CAF Champions League and CAF Confederation Cup.

The draw for the quarter-finals will take place on Tuesday, 5 April 2022 at the CAF headquarters in Cairo, set to begin at 13:00 GMT.

The two continental tournaments will have their final group stage matches next weekend, 1-3 April, in which the eight teams advancing to the quarterfinals in each will be finalised.

Al Ahly still haven’t secured qualification to the Last 8 with one fixture remaining against Al Hilal.

In contrast, South Africa’s Mamelodi Sundowns are through to the next stage having topped Group A.

AmaZulu, meanwhile, are in third place in Group B. And need nothing short of a miracle in their final clash away against Horoya AC to progress.

Group B sides Al Ittihad and JS Saoura are competing for one of the three remaining places, while two will be decided in an open Group D, where all of ASEC Mimosas, RS Berkane, Simba SC and USGN are still in the running.