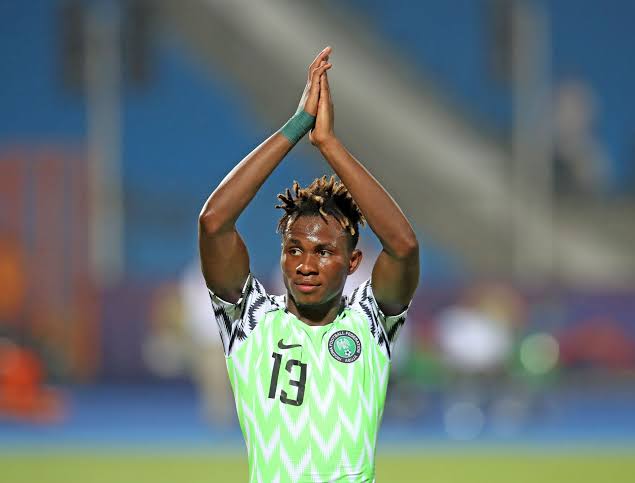 The Villarreal forward did not train with his teammates during Sunday’s training at the MKO Abiola Stadium on Sunday.

Chukwueze was with the team Physio while the other players were going through their paces.

Super Eagles assistant coach Emmanuel Amunike confirmed that the winger suffers a groin injury but also revealed it was not a critical one Chukwueze.

The Villarreal player was in action against the Black Stars in the first leg played in Kumasi but could not finish as he was replaced.

Both teams still have a chance to pick the ticket for the Qatar 2022 as outright win for the Eagles will seal qualification for this year’s World Cup in Qatar.