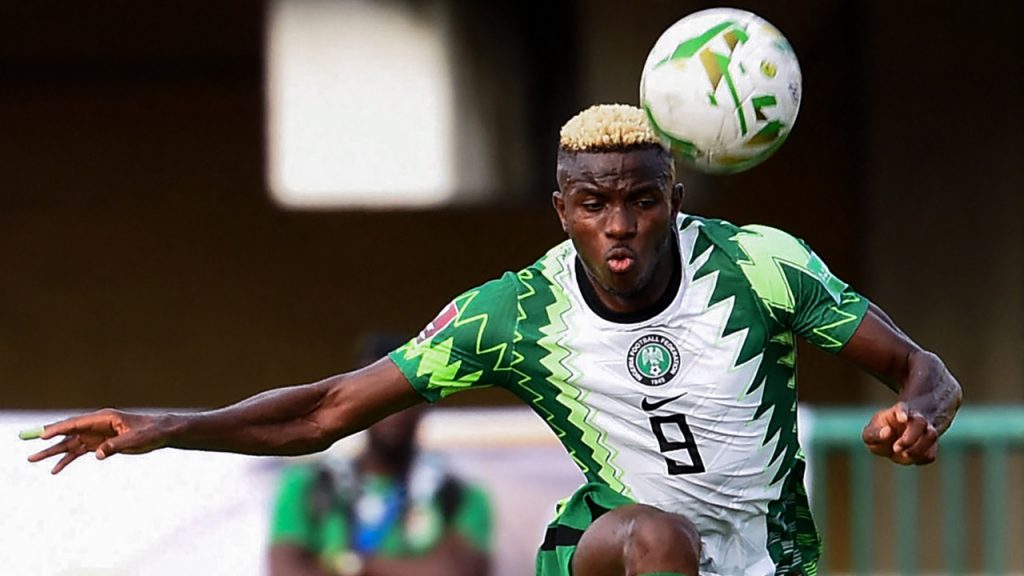 Super Eagles striker Victor Osimhen has revealed what one of Black Stars coaches told defenders Daniel Amartey and Alexander Djiku about him as Eguavoen’s men prepare for the Nigeria vs Ghana clash.

Nigeria failed to win an away game for the first time in these World Cup qualifiers as they Black Stars forced them to a goalless draw in Kumasi on Friday.

And Osimhen who was the main man in Super Eagles’ attack line faced a tough opposition as Ghanaian defenders were given special instructions in order to prevent him from having goal scoring chances.

“Mostly the assistant coach will come up from the bench and say, ‘go hard on him’, Amartey and the other defender Djiku,” he told Elegbete TV Sports.

“They were trying to do the assignment very well but they don’t know we have some kind of deadly technique that can actually get the job done for us. We are really happy with our performance”.

“They were trying to tame me, I am not the kind of player that makes simulations but when I’m hit for sure I will go down, it’s part of the game, but when the referee doesn’t call for a foul it’s normal to react.

“I don’t care what people are saying about me falling down. The game was really a massive one, the whole Ghanaian fans came out for their team but we were pushed to get something out of the game”, Victor Osimhen added.

Nigeria will host Ghana on Tuesday for the first leg of their World Cup playoff tie in Abuja at 5pm.