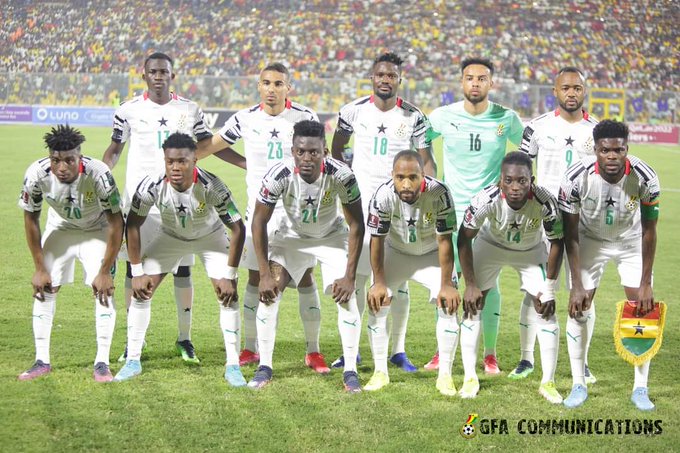 Ghana booked their ticket to the 2022 FIFA World Cup via an away goal rule after a 1-1 draw against Nigeria.

Dubbed the jollof derby, both West Africa neighbours having played a 0-0 in the first leg at the Baba Yara Stadium in Kumasi renewed their rivalry in Abuja.

Augustine Eguavoen made changes to the Starting XI that held the Black Stars to goalless in Kumasi handing Calvin Bassey, Ademola Lookman, Frank Onyeka and Emmanuel Dennis a starting place.

It was the visitors who took the lead in the 10th minute after Thomas Partey long range shot beat Francis Uzoho.

The goal was a shot in the arm for the Super Eagles who came all out looking for the equalizer as they pegged the Black Stars to their own half.

A penalty was awarded to the Super Eagles after Lookman was adjudged to have been fouled inside the box.

Captain William Troost-Ekong took matters into his hands and converted from the spot to level for the Super Eagles.

From there on , Nigeria had one motive which was to score another goal that will earn them a ticket to Qatar 2022.

Victor Osimhen thought he had done the job after he busted away from two Ghanaian defenders and beat the goalkeeper to score.

The goal erupted the filled up MKO Abiola Stadium only for the goal to be ruled out for an offside.

Both side put effort to score as Nigeria dominated possession while the Black Stars defended well till the end.

The 2022 FIFA World Cup to be hosted in Qatar will be the fourth time the Black Stars will appear in the World Cup.