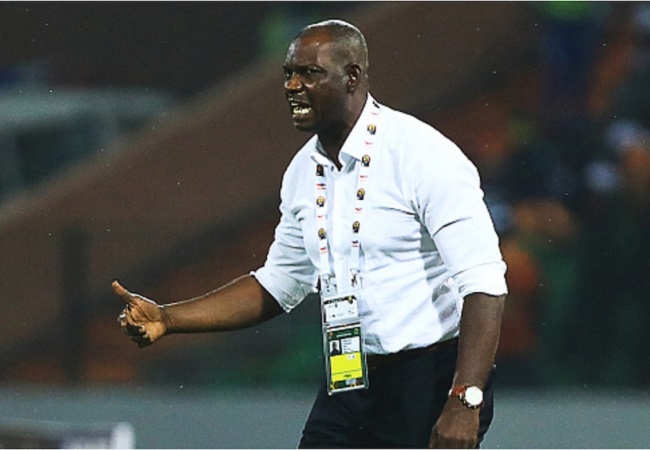 Following the failure of the Super Eagles of Nigeria to qualify for the 2022 FIFA World Cup, the erstwhile Technical Adviser, Augustine Eguavoen has stepped down from that position with immediate effect.

“Following the failure of the Super Eagles of Nigeria to qualify for the 2022 FIFA World Cup, the erstwhile Technical Adviser, Augustine Eguavoen has stepped down from that position with immediate effect.” Read a statement by the Nigeria Football Federation (NFF) on Thursday, March 31.

Eguavoen’s decision is not a surprise to many, following his inability to deliver the highly coveted Qatar 2022 World Cup ticket. Ghana’s Black Stars beat the Super Eagles to a place in Qatar by qualifying via the away goals rule. This was after securing a 1-1 draw in Abuja after the barren draw in Kumasi.

The NFF statement reads further: “The NFF has in the meantime withdrawn the two-and-half years contract offered the coaches and terminated the appointment of the entire technical crew of the team with immediate effect.

“A new crew will be announced after a proper review to lead the new charge of reinvigorating the Super Eagles to face future challenges appropriately.”

However, the sacked crew included ex-internationals like Emmanuel Amuneke and Joseph Yobo.

NFF General Secretary Mohammed Sanusi signed the release that added : “We thank the coaches and team officials for their service to the nation and wish them success in their future endeavours.”

Originally hired as the Technical Director for the Nigeria Football Federation, the NFF drafted in as the emergency replacement for Gernot Rohr when the NFF sacked the Franco-German in December 2021. This was barely two weeks before the commencement of the Africa Cup of Nations in Cameroon.

Though the NFF announced Portuguese Coach as Rohrs replacement, the deal never saw the light of the day. A bright start in Cameroon, which saw the Eagles win all three group games, led to many agitating for Eguavoen to be kept in the role.

Though some became hesitant after Tunisia knocked Nigeria out in the Round of 16, the NFF kept faith with Eguavoen, though Emmanuel Amuneke was also contracted as a backup to ensure that the Eagles secure the World Cup ticket.