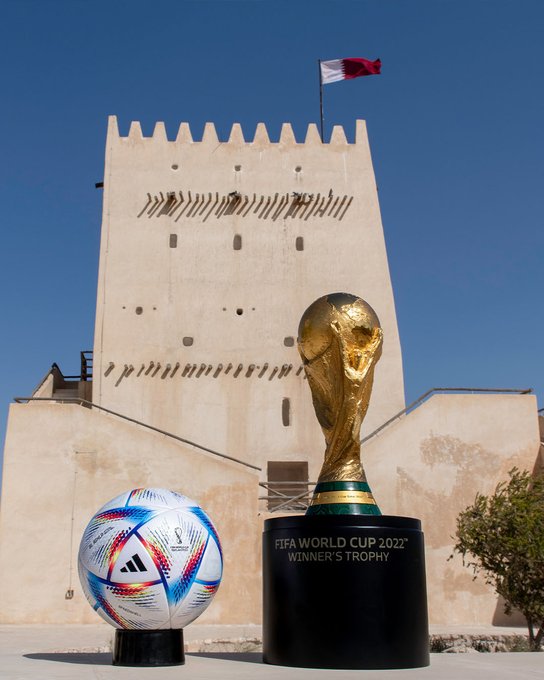 The Final Draw for the FIFA World Cup Qatar 2022 will be held on Friday at the Doha Exhibition and Convention Center (DECC) in Qatar.

All eyes will be on the draws following the conclusion of the qualifiers with just one playoff to complete the teams.

And as the eyes of the football world turn towards Qatar, and excitement builds in the nations who’ve sealed their places at the global finals, FIFA.com has all the details about where, when, and how the groups and fixtures will be decided.

The 32 nations involved in the 2022 World Cup, 29 of which are currently known, will be drawn into eight groups of four.

Two of the remaining three spots will be filled by the winners of the Intercontinental Play-offs on 13 or 14 June, with the final berth determined by Path A of the European qualifying play-offs, in which Wales will face off against either Scotland or Ukraine in the final.

Nigeria midfield maestro Austin Jay-Jay Okocha will be among the dignitaries that will witness the event live which will be attended by 2,000 guests and will be led by Carli Lloyd.

The Organising Committee for FIFA Competitions outlined that the teams already qualified will be allocated according to sporting principles to Pots 1 to 4 based on the FIFA/Coca-Cola Men’s World Ranking released on 31 March.

Africa will be represented by Ghana, Senegal, Tunisia, Morocco, and Cameroon.

Hosts, Qatar will take position A1 from Pot 1, where they will be joined by the FIFA Ranking’s seven highest-ranked qualified teams.

The countries occupying positions 8-15 on the ranking of the qualified teams will be allocated to Pot 2, while the 16th-23rd best-ranked qualifiers will be placed in Pot 3.

Finally, Pot 4 will include the qualified teams in positions 24 to 28, plus three placeholders representing the two winners of the intercontinental play-offs and the remaining UEFA play-off winners.

The match schedule will be confirmed after games have been assigned to a stadium and the kick-off time for each matchday.

The World Cup itself will take place between 21 November and 18 December 2022, with the group stage lasting 12 days and featuring four matches per day.