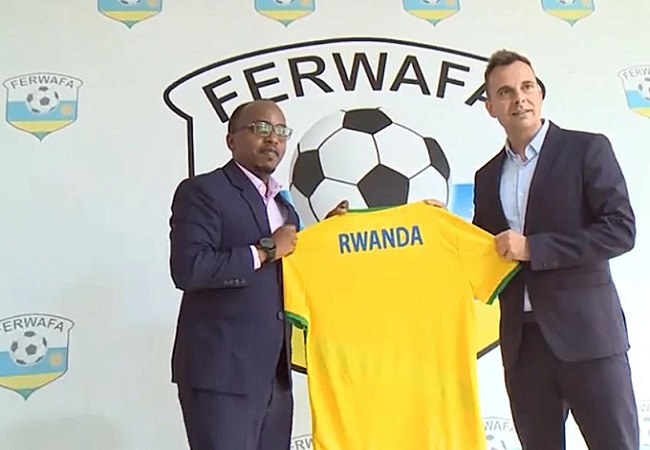 Rwanda FA announced Spanish coach Carlos Alos Ferrer on Tuesday March 30 2022 as the new coach of the Amavubi to replace Vincent Mashami who was not offered a new deal.

The former Kairat FC and SC Qatar coach was happy with his appointment. And the budding tactician revealed that he is happy and excited for the new coaching role.

“Very happy to be in charge of such an exciting project as the @FERWAFA Coach. I would like to thank especially the President of the Federation and the Sports Minister for their confidence. Let’s achieve our goals!” Alos tweeted.

Alos’s last coaching job was with Cypriot outfit Enosis Neon Paraimni FC where he was in charge from September 2020 to April 2021.

He has previously also handled the Kazakhstan national under 17 team which remains his only national team job in his 19 years coaching job before being named as the new Amavubi coach.

Meanwhile the Secretary General of Ferwafa confirmed to Times Sport that the new coach will have two Assistant coaches to work with.

“In relation to the role of assistant coach, we will have two options we will apply. First, he will bring one. And he will also have one here.” Muhire said.

Muhire also further revealed that all those who applied for the national team job were foreigners as no local coach tended in his CV.

“There was not even one local coach who applied for the job. Those we had all were expatriates.” He added.

The major task of new coach Carlos Alos Ferrer is to qualify the team to the 2023 Africa cup of nations in Ivory coast.