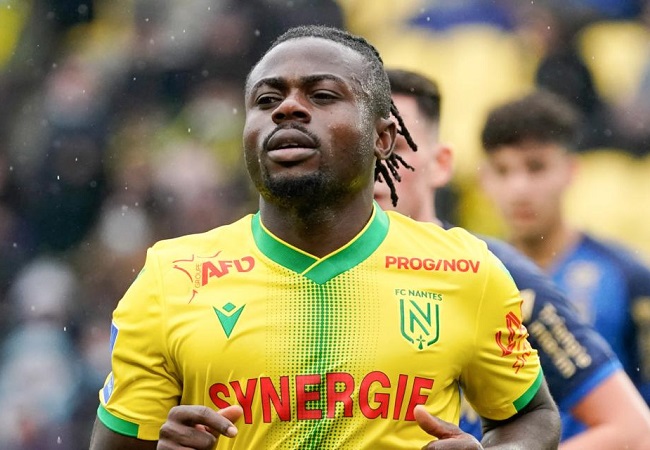 Nantes winger Moses Simon has been named among the twelve players on the final shortlist for the 2022 Marc-Vivien Foé Prize.

The Marc-Vivien Foé award, named in honour of the player from Cameroon who died in 2003 at the age of 28, is given to the best player representing an African national football team in Ligue 1.

Simon is a strong contender for the award this year, following his brilliant campaign for Nantes. The former Gent ace is one of the reasons why the Yellow Canaries are flying high in the French top-flight.

The 26-year-old Nigerian international has contributed 26 percent (three goals and seven assists) of Nantes’ league goals this term. Simon’s exploits were rewarded earlier in the season when he won Nantes’ player of the month awards for August and September.