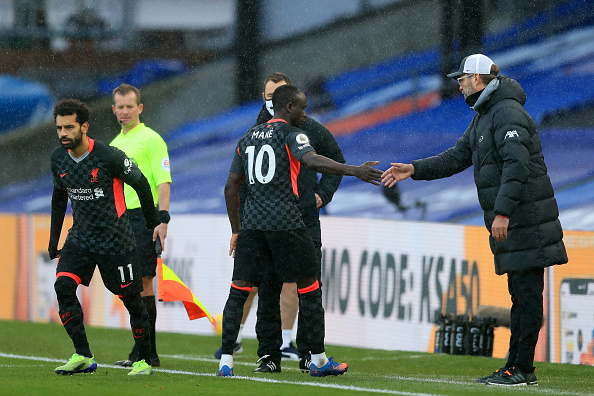 Liverpool manager Jurgen Klopp has likened their two-all draw with Manchester City on Sunday to a boxing contest.

City led twice with Kevin De Bruyne and Gabriel Jesus scoring at the Etihad in the Premier League top of the table clash.

In reaction to the contest that saw City remain one point ahead of Liverpool, Klopp said the match was like boxing.

“I think we can really describe it like a boxing fight,” Klopp told Sky Sports.

“[If] you put your arms down for a second you can get a massive knock, it can shake a little bit and the next one is coming from the other team.

“I liked a lot of things, I thought we were closer [to Man City] than ever.”

On an individual level, Mane took his tally for the season to 13 league goals, seven goals behind leading scorer Egyptian Mohamed Salah.

Salah set up Mane less than a minute into the second half with an exquisite outside-of-the-boot pass in behind.

The Egyptian increased his record to 39 goal involvements across all competitions this term.