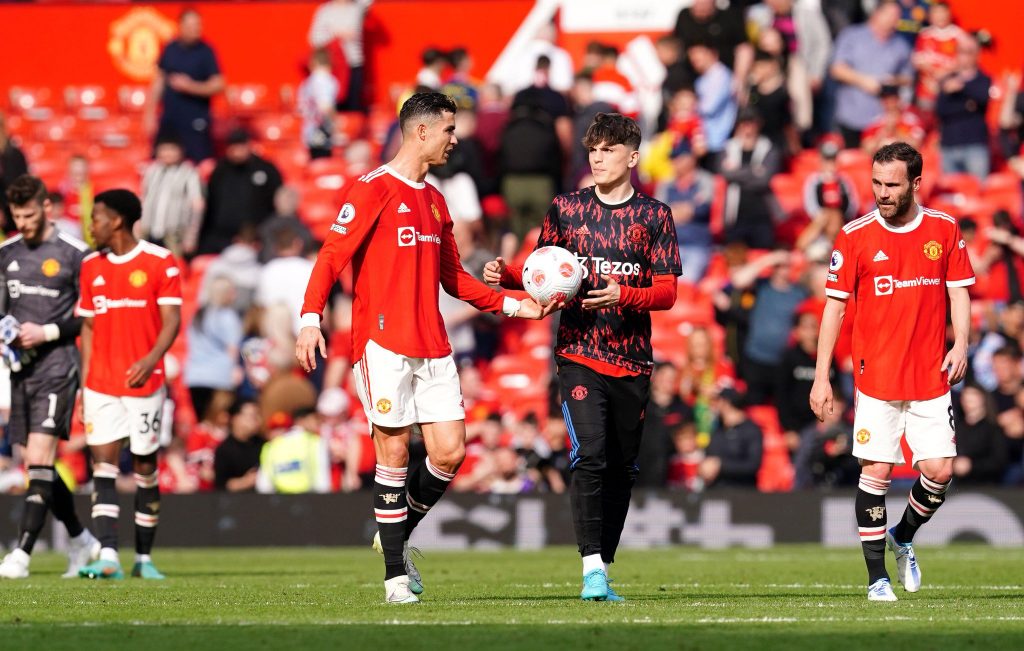 Ronaldo appeared to ‘put United in control’ when he scored twice in the first 32 minutes, knowing that a win would put them within three points of the top four.

However, poor defence from the hosts both before and after the break allowed Norwich to equalise through Kieran Dowell and Teemu Pukki, and Dean Smith’s side appeared the more likely winners for a time.

Ronaldo ‘drove a free-kick home off the inside of a post 14 minutes from time to secure victory after Ralf Rangnick abandoned his audacious idea of playing without a renowned ball-winner in midfield and replaced Paul Pogba with Juan Mata.

The 37-year-old has 15 Premier League goals this season, second only to Mo Salah and Son Hueng-min in the table.

He has also scored 99 Premier League goals in his career.

If United beat Liverpool on Tuesday, they will draw level on points with fourth-placed Spurs.

The result dealt a severe blow to Norwich’s slim chances of avoiding relegation.