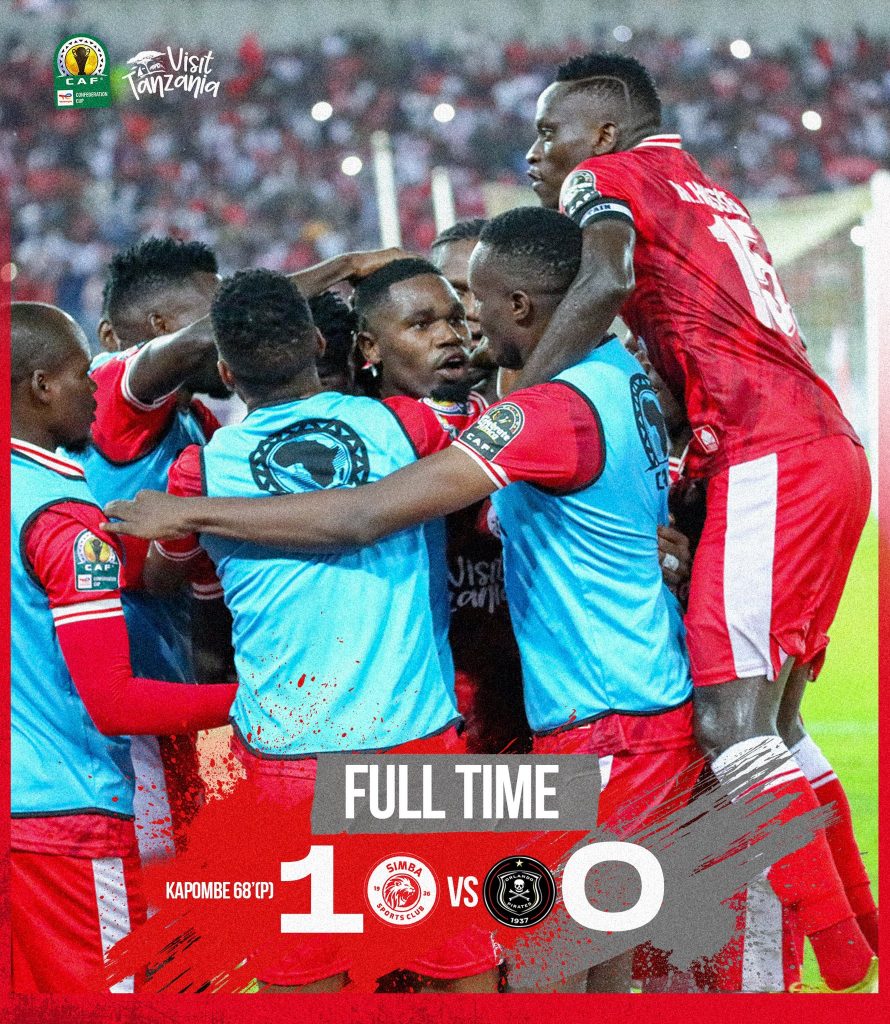 When Kapombe stroked home the spotkick, a packed Benjamin Mkapa stadium sprang into life, giving Wekundu wa Msimbazi a tiny advantage ahead of the return match in Johannesburg next weekend.

Simba commanded possession for the most part, aided by the boisterous crowd, but chances were few and far between.

After a wonderful mazy run into the box, Kwame Peprah had a shot deflected for a corner, giving Pirates an opportunity.

Simba’s greatest chance of the first half came immediately before the interval, when Ghanaian foreigner Bernard Morrison cut in from the right and unleashed a well-taken shot that was saved by a fully-stretched Richard Ofori.

Simba’s domination continued in the second half, and they had another chance in the 54th minute when Chris Mugalu got shooting space from distance, but the shot lacked the strength, and Ofori made a clean save.

Simba, on the other hand, had a fantastic opportunity ten minutes later.

Morrison was pulled down within the box by Happy Jele, and the referee pointed to the spot, which the VAR confirmed, granting Simba a spot kick.

With Ofori going the wrong way, right back Kapombe stepped up and made no mistake, scoring the opener.

After conceding, Pirates turned the tide on Simba and pushed harder, hoping to square the score and, more crucially, score an away goal.

Fortune Makaringe who joined the fray in the second half  came close twice, prompting Aishi Manula to make superb saves at the near post on both occasions.

Despite throwing everything at attack, Simba was able to maintain his composure and protect the tiny lead, which he carried to the rematch.