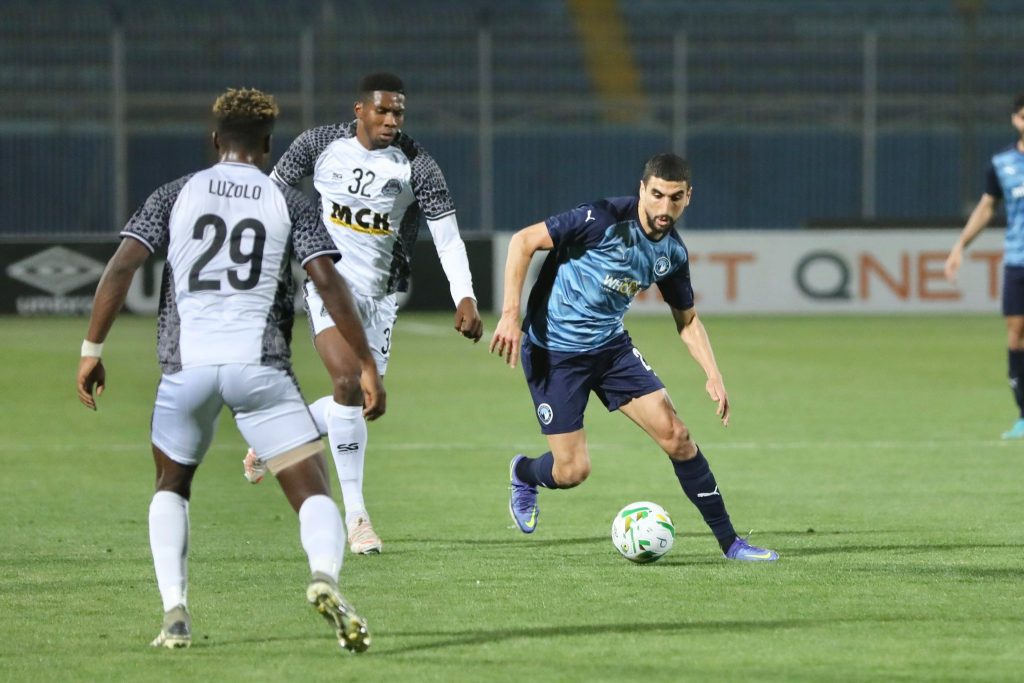 TP Mazembe held Pyramids to a scoreless draw in a game they dominated and had chances to win in the CAF Confederation Cup on Sunday.

In the 19th minute, Ali Gabr’s header from an Abdallah Said freekick went straight to the keeper, while Omar Gaber had the greatest chance of the game.

Fagrie Lakay slipped him through on goal with a backheel as the right back went on a frightening run down the wing. His one-on-one with the goalkeeper, though, was saved.

They came near again five minutes before the break, but were denied by the upright when Ibrahim Adel’s low effort from a tight angle beat the keeper but came off the bottom of the post.

The home team pushed Mazembe in the second half, but the Congolese giants doggedly defended. Pyramid’s Ahmed Samy came close with seven minutes remaining, but his long-range drive was deflected against the crossbar.

Mazembe almost snatched the win in the opening minute of added time, but John Bakata’s drive from within the area was brilliantly stopped by the keeper.

Meanwhile, Al Ittihad and Al Ahli Tripoli played to a scoreless tie in a Libyan derby at the June 11 Stadium in Tripoli.