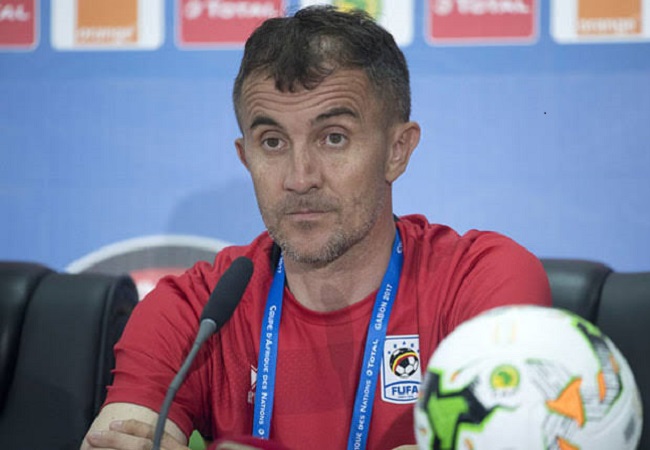 Uganda coach Milutin ‘Micho’ Sredejovic has said the Cranes must brace for opposition with contrasting playing styles in Group F of the 2023 Africa Cup of Nations (AFCON) qualifiers.

The former Zambia mentor said Algeria and Niger have Francophone style of play whereas Tanzania would bring Cecafa flavor to the qualifying battles.

“We are facing teams with different approaches including two Francophone countries in Algeria and Niger then CECAFA opponent in Tanzania. Algeria have had disappointments recently not making it out of the group stage at the last Africa Cup of Nations and conceding a late goal to miss out on qualifying for the World Cup. So these Qualifiers will be a chance to redeem themselves,” Micho told Uganda FA website.

“Niger is a team with so many players abroad and very competitive. They have been to three of the last five Africa Cup of Nations editions. So many Ugandans would welcome the chance of playing Tanzania but it is a tricky opponent. They will have two teams in CAF Champions League next season, Simba FC is still doing well in CAF Confederation Cup and they have good players abroad. In the 2019 Qualifiers, we only got one point from Tanzania and therefore we need to respect them.”

He earlier tweeted that he hopes playing at home would inspire the Cranes to excel in the qualifiers.

“Hoping that Uganda Cranes spiritual home Namboole Stadium could be ready to allow us to turn dreams of Ugandans into reality. We want to go to AFCON 2023 IVORY COAST,” he tweeted.

Uganda were not part of the cast for the 2021 AFCON finals in Cameroon having missed out on qualification from Group B whose finalists were Burkina Faso and Malawi.

Micho has since set out on a fresh rebuilding exercise of the Cranes following his return from a coaching stunt in Zambia.

Micho earned Uganda qualification to the 2017 AFCON edition in his previous stint.