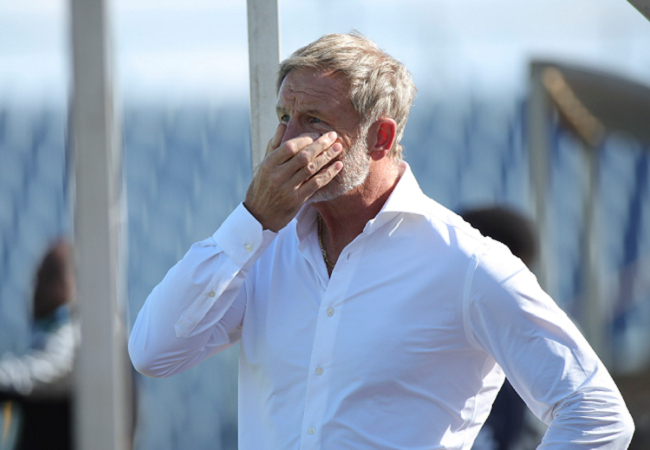 Kaizer Chiefs announced this Thursday to have sacked coach Stuart Baxter at the head of the Johannesburg-based club. This followed calls by the club’s supporters urging the management to put an end to the partnership with the coach.

“The announcement was made to the technical team by sporting director Kaizer Motaung Jnr. And it is thought assistant coaches Arthur Zwane and Dillion Sheppard will be in charge for the remainder of the season.”

Baxter had been brought back at the beginning of the current season in an effort to ‘reclaim the glory’ days at Naturena and put an end to their seven-year wait for a cup success.

However that hasn’t materialised as a string of unwarranted performances and an inconsistent run of underwhelming results, the last of them a 1-0 defeat at the hands of a fairly young SuperSport United side, have seemingly pushed the AmaKhosi board over the edge.

Baxter reacted to the fan’s call for his dismissal after their last match at the FNB Stadium, boldly stating that he’s the only coach that has brought the club any success in the last 20 years.

He went on to add that his parting with the Johannesburg-based club would not be influenced by the supporters but rather decisions made at the top level of the club’s management.

Amakhosi are currently in fourth place on the DStv premiership log, a whopping 18 points off champions-in-waiting Mamelodi Sundowns. And they are yet to score a goal at home in 2022.