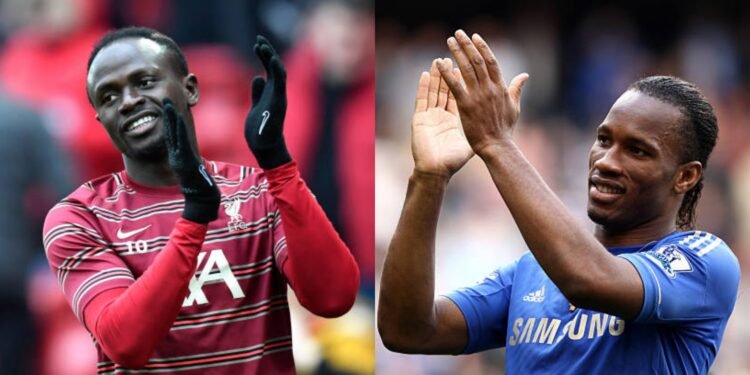 The 30-year old is on fire with the season end comes closer.

The Senegal international scored an important goal for the Reds in their UCL semi-final first leg clash against Villarreal helping his side win 2-0.

That goal means a lot not only for Liverpool but also for Mane who equaled a Didier Drogba record.

The former Southampton forward has now scored 14 goals in the knockout stages of the Champions league.

He’s only the second African player to reach that tally after Drogba.

With a second leg awaiting Liverpool next week and a final if they qualified, Sadio Mane can overtake the Ivorian legend.