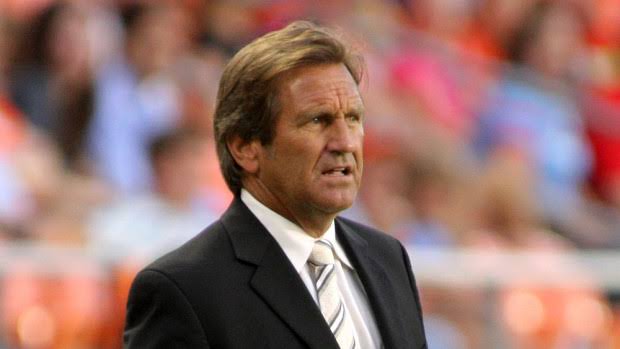 Nigeria will be ‘prepared to win’ all of its group stage matches in the 2022 TotalEnergies Women’s Africa Cup of Nations, according to Randy Waldrum.

The Super Falcons and South Africa were placed together in Group C, plus Botswana and Burundi, for the 2022 AWCON group stage draw in Rabat on Friday night, renewing their rivalry.

Nigeria lost 1-0 against Banyana Banyana in the group stage, but recovered to win the AWCON for the seventh time in their history in 2018.

Despite losing in the Aisha Buhari Cup final against South Africa last September, Waldrum is optimistic that his squad can go all the way this time, and he is looking forward to facing three sides with diverse characteristics.

“Draws are always interesting and unpredictable.

“So we will focus on preparing for them all,” Waldrum told CAFOnline.com after the draw.

“With this particular draw, our approach will be that of respecting our opponents and understanding that any opponent can win if we aren’t prepared to play.”

The reigning champions defeated West African giants Ghana and Cote d’Ivoire 2-1 and 3-0 on aggregate to qualify for the finals and keep alive their hopes of winning a record 10th and fourth African title in a row.

While expressing sympathy for Ghanaians and Ivorians, the American tactician noted that the qualification dates with the two nations provided ideal practise for the team ahead of the new 12-nation continental showdown.

“It was unfortunate the way teams were matched up prior to AWCON.

“Ghana and Cote d’Ivoire both are worthy of being in the World Cup.

“Having said that, those games certainly helps our players in knowing what we are capable of, and re-emphasizing the strength of our team and the possibilities ahead.”

In April, the nine-time African champions played a doubleheader against reigning Olympic champions Canada, with the Falcons losing 2-0 in the first leg before twice surrendering the lead to draw 2-2 in the second tie.

Waldrum’s team appears to be different from the one that fell to South Africa in the 2021 ABC tournament, but he will be excited to meet the 2018 finalists, knowing that his team will come into the first match with a point to prove.

“We respect South Africa but we also know the situation the last time we played them.” said the former Trinidad and Tobago coach.

“We will be ready and prepared to win just as we will be with all the teams in our group.

“Playing teams like the Olympic gold medalists Canada and playing well shows us the heights we are capable of achieving.

“We must remain focused and continue improving in some areas in order to become a world power which we are capable of achieving.”

Nigeria won a record ninth title in Ghana 2018, and Waldrum will try to lead the country to another victory and a ninth berth in the FIFA Women’s World Cup in 2023, which will be co-hosted by Australia and New Zealand.

“The first priority is obviously to qualify for the FIFA Women’s World Cup.

“That has always been the objective for us.” he added.

“This means we must have success in the group stage.

“We always want and expect to win whenever we step on the field, so our goal also will be to win the women’s AFCON.”

On July 10, they will play debutants Burundi to finish the group stage.