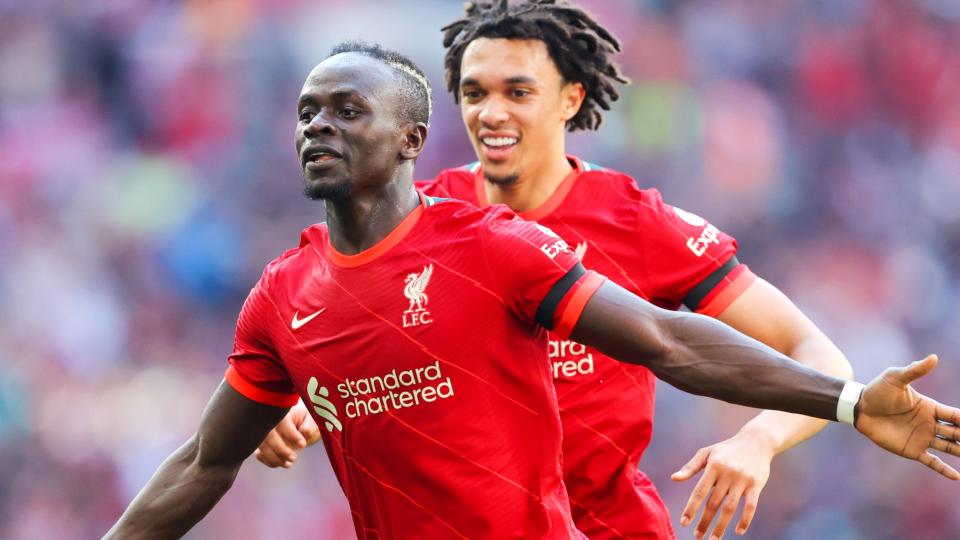 Senegal striker Sadio Mane scored for Liverpool in the come-from-behind 3-2 win over Villarreal in Spain on Tuesday evening.

Mane was on target alongside Fabinho and Luis Diaz to surpass Didier Drogba who held the record for the most goals scored by an African in the knockout stages after bagging 14 goals.

Mane took his tally to 15 goals though in fewer games than the Ivorian legend.

Liverpool recovered from 2-0 down at half-time to win the Champions League semifinal second leg 3-2 at Estadio de la Ceramica.

Overall, Liverpool won the game 5-2 on aggregate after having won the second leg 2-0 last week.

In the first leg, Mane was also on target to go level with the Ivorian Drogba as the joint leading knockout stage leading scorers from Africa.

Liverpool await the winner of between Real Madrid and Manchester City on Wednesday to see who the Kop meet in the final.