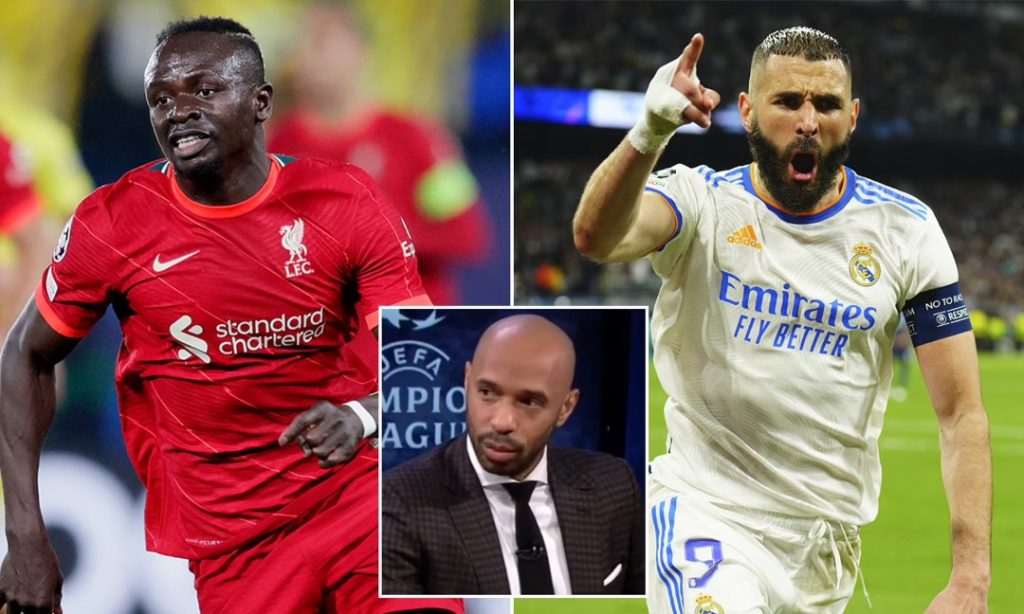 Both players are clear on top of the favourites who can win the highly-coveted prize this year as both of them reach UEFA Champions league final.

On the other hand, Karim Benzema netted the winning goal in Real Madrid’s 3-1 victory against Manchester City on Wednesday.

The Frenchman has 43 goals and 14 assists in 43 games across all competitions so far this season.

The Senegalese netted 20 goals and provided 3 assists in 45 appearances with the Reds.

However, he insists that Mane can also win it should Liverpool beat Real Madrid in UCL final.

“The thing about the final to make it even bigger is the two favorites for the Golden Ball, the Ballon d’Or, are Mane and Benzema,” Henry said.

“So that will add an extra little spice to it, because I still believe that Benzema is ahead, but if Mane wins it with Liverpool and they do make the quadruple that’s a pretty strong case.

“It would be great for Africa, but I’m still going for Benzema.”