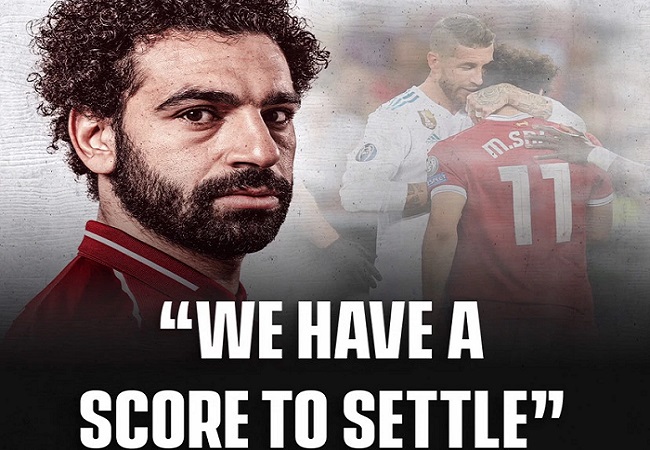 After loosing the 2018 UEFA Champions League final to Real Madrid, Liverpool will meet the same opponents against for the current edition’s final.

And Mohamed Salah seems not to have forgotten what  the side of Benzema inflicted to the Reds. The revenge game between Liverpool and Real Madrid is set to take the 28th of May in Paris.

For Reds, Salah and company needed to see off a spirited Villarreal outfit in the semi-final while Los Blancos managed to beat Manchester City in dramatic fashion, considering that the English club was one of the favourites to go all the way.

As six-time and 12-time winners of the tournament respectively, Liverpool and Madrid will now square off in a repeat of the exciting 2018 UCL final that took place in Kyiv.

While Madrid ran out as eventual 3-1 winners on the night, one of the biggest talking points about the encounter was that of Salah being replaced early on in the tie, following a rash challenge by Sergio Ramos.

The Egyptian winger was seen shedding a tear as he left the field, with Liverpool having to make do without their star man for the rest of the game.

Now though, it appears that the former Chelsea still has the heartache of the 2018 UEFA Champions League final fresh in mind as noticed in one of his latest social media posts.

As he looks to plot revenge on the Spanish giants, Salah tweeted, “We have a score to settle,” while sharing images of their semi-final clash against the Yellow Submarine.