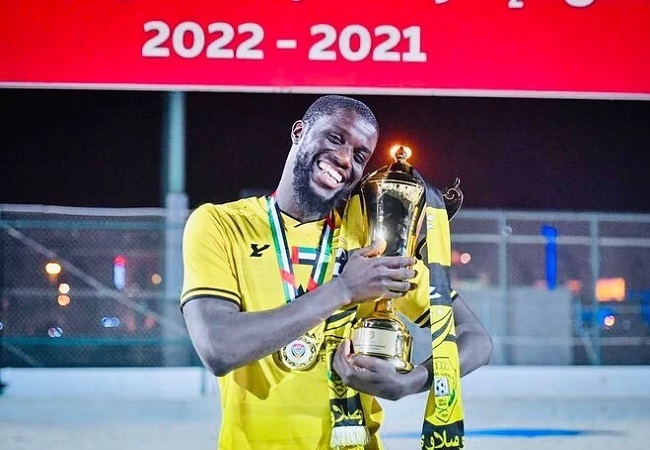 Senegal beach soccer triker Raoul Mendy excelled himself last week in the colours of Al Wasl in Western Asia country by winning the coveted United Arab Emirates title as his side beat Shabab Al-Ahly 8-7 on penalties after a 4-4 draw in regular time.

Back to Dakar, the 29-year-old, who helped the Lions to claim the African title in Saly, Portudal in May 2021, in an interview with CAFOnline.com, is eager to seize other opportunities.

And in the meantime, he is aiming for this year’s Euro Beach Soccer League scheduled in the weeks to come.

“I am in contact with clubs in Greece, Portugal and Spain.” Hinted Mendy, who is a three-time winner of the African Cup of Beach Soccer Nation’s Cup.

Speaking of the title won with Al Wasl in the United Arab Emirates, the forward attributed their success to the wealth of experience.

“I met players from all the major countries in the discipline. In my team, there was an Omani, a Spaniard and a Swiss, not to mention the locals and the other teams recruited foreigners to raise their level.” He explained.

Mendy also hinted that he was approached by the Al Wasl captain who is also part of the United Arab Emirates.

“We met at the World Cup in Uruguay in 2019. And we kept in touch until he contacted me to take part in this tournament.” He continued.

“This is the kind of competition that African beach players miss soccer.” said Mendy, who insists he remains a player of the 11-a-side football.

“We have the potential, the talent and the mental qualities to tickle the better. But we lack those kinds of competition.” Said the Senegal international, who started his football career at 11.

Mendy trained at Génération Foot. He played with several Senegalese clubs at AS Pikine, Guédiawaye FC and Jaraaf de Dakar. And he is excited about the prospect of making an European switch to feature in the Euro Beach Soccer League.

“It’s a very tough competition. And it will help us in mastering our Discipline.”

He also underlined that he will not refuse to play also in a Senegalese football club next season.

He stressed that the target is to help Senegal confirm their African dominance and go on to bid for a world title.