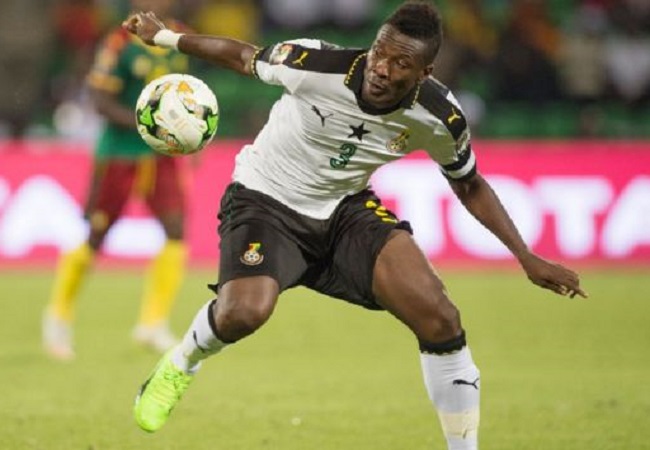 Gyan has already expressed his desire to play for the Porcupine Warriors, a club he has supported since childhood.

The 36-year-old was tipped to join the club prior to the start of the 2020/21 Ghana Premier League season. But he opted to join Legon Cities on a one-year deal.

Also Read : ASAMOAH GYAN DISAPPOINTED WITH HOW FANS WELCOMED HIM BACK TO GHANA PREMIER LEAGUE

The Sunderland ace parted ways with Legon Cities in October last year and has since been without a club.

“Everybody knows how I have been waiting for him. I tried once but it was difficult to get him. We will keep trying and when he is ready, he knows that the doors will be open.” Amponsah told Angel FM.

“Imagine Kotoko going for Champions League and we have Asamoah Gyan in our squad and he leading the attack with Mbella and Mfegue on either side of him that is the Champions League trophy right there.”

“So, I am really looking to that day, I keep telling you that if even it is going to be just one match, he should make us proud.”

Asante Kotoko are top of the league table with 55 points after 27 matches played so far.