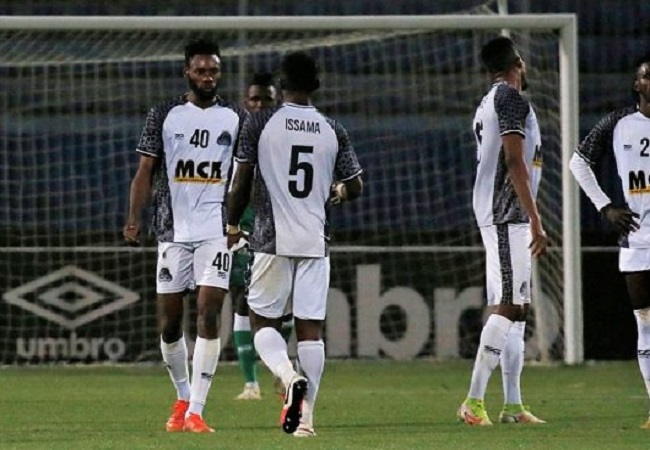 The Confederation of African Football – CAF have officially announced a disciplinary sanctions on TP Mazembe following the Pyramids game incident.

Despite their strong start to the 2022 CAF Confederation Cup, Pyramids were knocked out of the tournament after suffering defeat against Congolese giants TP Mazembe.

The first leg at the 30 June Stadium in Cairo ended in a draw while the second leg saw Mazembe clinching a 2-0 victory.

Also Read : WE MUST BE STRONG AGAINST WYDAD—PETRO DE LUANDA COACH

Following the full-time whistle, Mazembe fans swarmed the pitch. And according to Pyramids club officials, the supporters tried to harm the players.

Consequently, CAF published disciplinary sanctions on the Congolese club ahead of their Confederation Cup semi-final clash against RS Berkane on May, 8.

According to the official Mazembe statement, CAF will only allow the club 5,000 fans at the stadium in their RS Berkane game instead of 16,000.