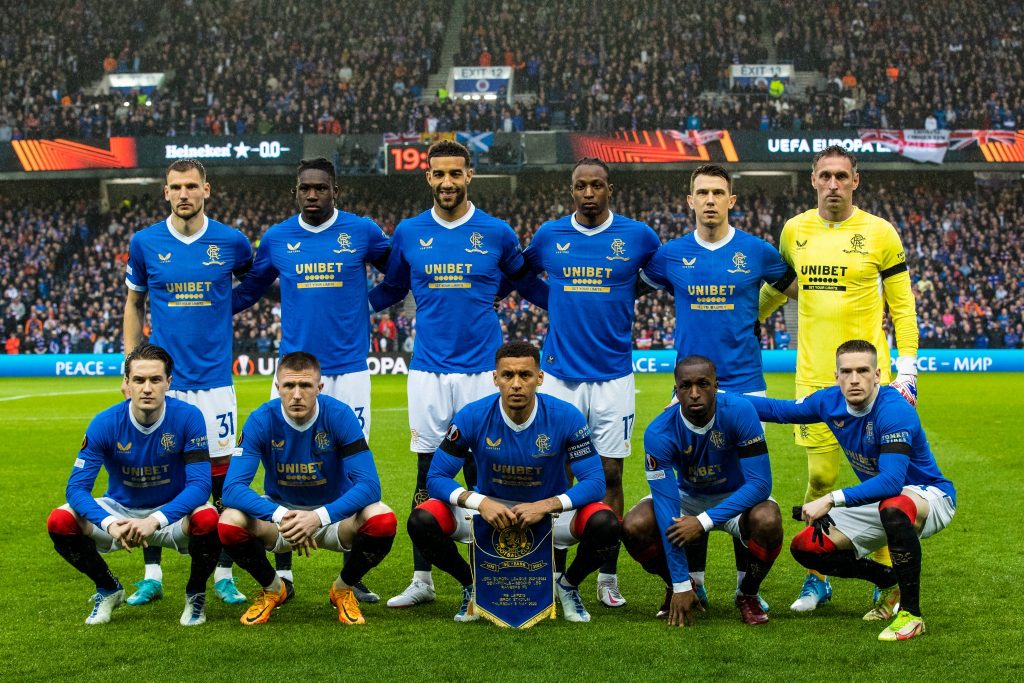 Super Eagles trio of Calvin Bassey, Joe Aribo and Leon Balogun all played as Rangers booked their place in the final of the UEFA Europa League.

Bassey played full time while Aribo who started as false nine played for just 45 minutes before he 2as withdrawn.

Balogun joined the fray in the 59th minute as Rangers booked a UEFA Europa League final against Eintracht Frankfurt with a stunning 3-1 victory at home to Leipzig.

The Ibrox faithful expected a quick start, and their team delivered.

Just as Leipzig thought they had calmed the storm, the hosts scored twice in six minutes to turn an aggregate deficit into an overall lead.

The visitors had not recovered by the time Glen Kamara calmly swept the second past Péter Gulácsi from the edge of the area, as James Tavernier turned in Ryan Kent’s low cross at the far post for his seventh European goal of the season.

After the break, the Germans were more composed and restored parity in the tie when Christopher Nkunku expertly volleyed in Angelio’s cross for his 32nd goal of the season in all competitions.

At that point, Domenico Tedesco’s men appeared to be the favourites to win the Seville showpiece, but Rangers rallied and struck the decisive blow when John Lundstram fired in after the visitors failed to clear Kent’s deflected cross.