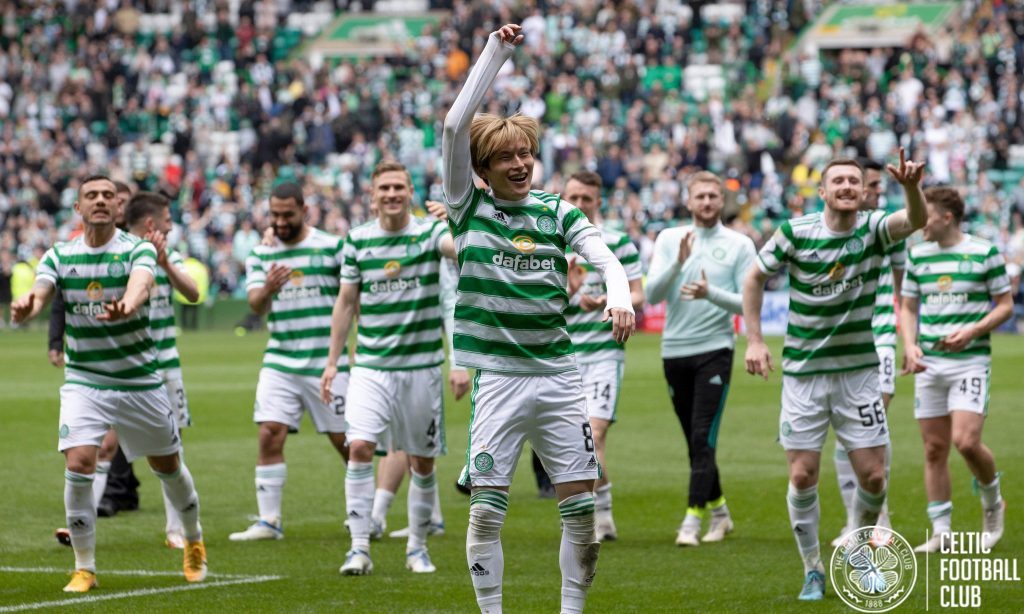 Celtic roared back to win the Scottish Premiership with a thrilling victory over Hearts at home.

The home crowd was surprised by Ellis Simms’ thunderous finish early on, but the league leaders fought back with two goals in seven first-half minutes from Japanese duo Daizen Maeda and Kyogo Furuhashi.

Celta Vigo’s Matt O’Riley and Giorgos Giakoumakis clinched the victory, putting them nine points ahead of Rangers, who have three games remaining and a goal difference of 22.

If Giovanni van Bronckhorst’s Europa League finalists lose to Dundee United at Ibrox on Sunday, the title will be mathematically out of reach for last season’s league winners, but even a win will almost definitely only postpone the inevitable.

On Wednesday, Ange Postecoglou’s side head to Tannadice, where they lost the league last season.

Even if Rangers win on Sunday, Celtic will be crowned champions with just a point.

Hearts have already secured third place after pushing for a leveller before O’Riley extended the hosts’ lead.