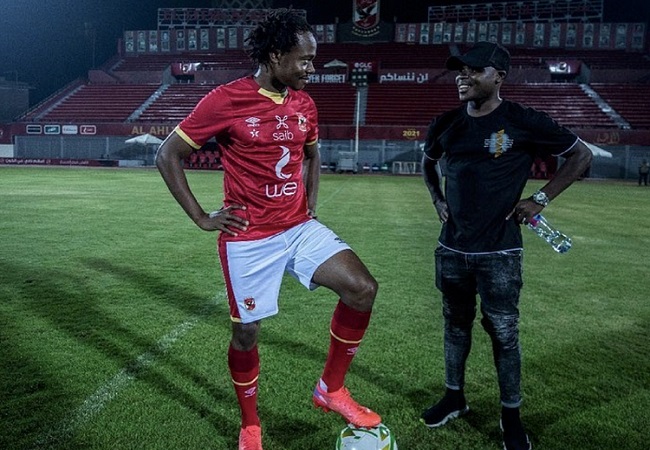 Mosimane spoke about the former Mamelodi Sundowns and Brighton and Hove forward after he bagged a double in the 4-0 win over ES Setif on Saturday evening.

Mosimane and Tau were, going into CAF Champions League semifinal first leg, under pressure after Al Ahly had failed to win in three straight games across all competitions.

“We played well and controlled the game even when it was 11 against 11. You cannot be careless and get a red card in a game like that. ES Setif have a very good coach from Serbia. He’s brave. He didn’t change the tactics even after playing 10 against 11. He played with 3 defenders and 6 players in front,” Mosimane told Al Ahly website.

He then commented on Tau who was accused of wastefulness in previous games.

“I’ve known Percy for 20 years and I know when it feels like when a player doesn’t score. It’s not about Percy scoring today, Sherif also scored after ten games. For me, it’s about Taher. He played as a striker tonight and he didn’t score from a while. I’ve got Taher tonight, unfortunately his first goal was offside. Thank God he scored today,” he said.

Al Ahly now travel to Tunisia for the second leg semifinal match with the winner to meet either Wydad AC or Petro de Luanda in the final.