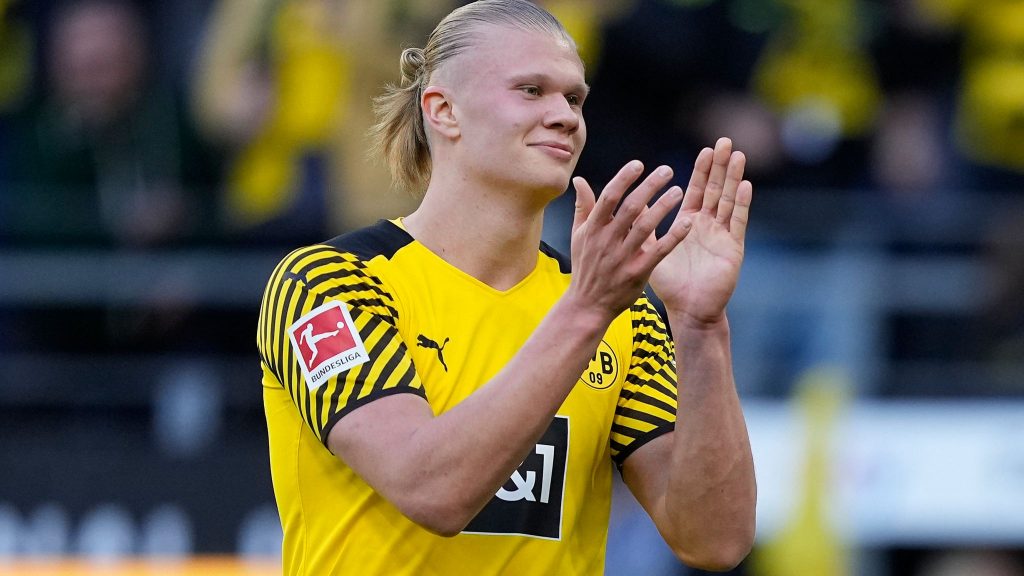 Striker Erling Haaland has reportedly passed a medical at Manchester City with his German side Borussia Dortmund confirming to have released the Norwegian temporarily.

Several media outlets in Germany have reported that Haaland travelled to Belgium for a medical with the English Premier League holders.

The player’s club Borussia Dortmund has since confirmed to DPA that the Norwegian was “allowed to take care of personal matters” on the training-free Monday.

German publication Kicker has since reported that Haaland has informed Dortmund that he will leave the club at the end of the season.

In an exclusive interview with Sky Sports News, Liverpool manager Jurgen Klopp has since commented on the Norwegian’s imminent transfer to City.

“I signed a new contract knowing that City would not stop developing. It’s not about City to define if we can be happy or not, it’s about us and what we can make of it,” he said.

“You have so many opportunities and so many different ways to win a football game, and we have to find just one. It’s possible obviously and we can do that.

“We face City two, three – with cup competitions, the Champions League – five, six times maybe a year but not more often than all the rest.

“If Erling Haaland goes there, it will not weaken them, definitely not. I think there’s enough spoken about this transfer. I know there is a lot of talk out there about money, but this transfer will set new levels, let me say it like this.”