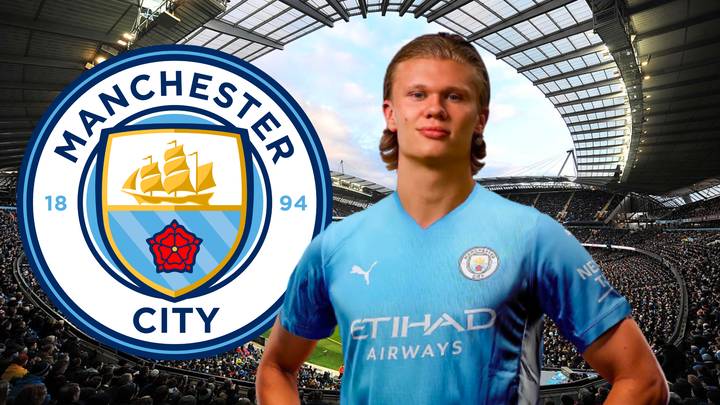 Manchester City announced they reached an agreement with Borussia Dortmund for the transfer of Erling Haaland this summer.

The Haaland saga is now over. The 21-year old scorer will be a skyblue starting from 1st July as City confirm his signing.

“Manchester City can confirm we have reached an agreement in principle with Borussia Dortmund for the transfer of striker Erling Haaland to the Club on 1st July 2022”, a statement on Man City website reads.

Read more : Haaland to Manchester City is a deal done

“The transfer remains subject to the Club finalising terms with the player.”

A six-year contract awaits Haaland at the Etihad Stadium that will see him bound with the club until June 2027.

The Norwegian who was also on Barcelona, Real Madrid and PSG radars is expected to earn the same salary as Kevin de Bruyne.

In addition, Haaland scored 28 goals, provided 8 assists in 29 appearances across all competitions this season with BVB in what must be his last season in Germany.