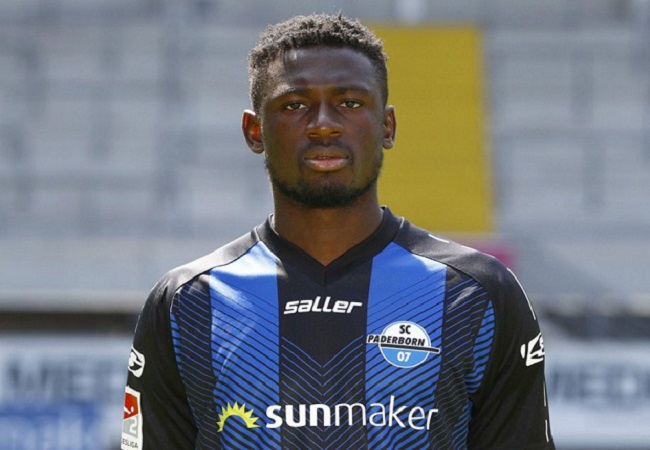 German 2. Bundesliga club SC Paderborn took to social media on Monday to announce that Jamilu Collins is among the players leaving the club. Paderborn have confirmed thus that the Nigeria international will be moving on to pastures new in the summer transfer window.

“The season is coming to an end, which always means saying goodbye. Thank you for your efforts in …” The club wrote as translated to English from German.

In the club’s final home game of the season on May 6, Collins was presented with a framed picture as a gift, highlighting his best moments as a player of Paderborn.

Apart from helping Parderborn secure back-to-back promotions to reach the Bundesliga, one of the highlights of his career at the club was his brilliant goal against Bayern Munich in September 2019.

The contract of the Super Eagles defender with Paderborn officially comes to an end on June 30, 2022. And he will be free to move elsewhere as he has failed to agree a new deal with the club.

The left-back is credited with 137 matches in all competitions for Paderborn, whom he joined in September 2017.