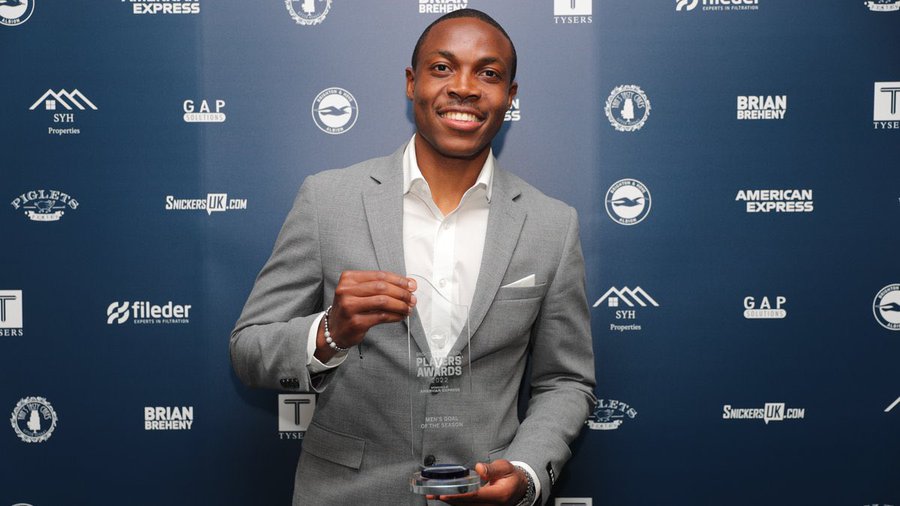 Zambian winger Enock Mwepu has won Brighton and Hove Albion’s Men’s Goal of the Season Award in the Premier League.

Mwepu earned the votes of the Sea Gulls fans for his wonder strike in the league game against Liverpool.

In reaction, the former Red Bull Salzburg player tweeted: “What a season it has been for me and my family.

“A season that I felt loved and cared when I had my low moments through injuries.. Nevertheless, Am privileged and honoured to win this award and thanks to all the fans who voted for me.”

He shrugged off competition from teammates such as Trossard, Marc Cucurella, Maupay and Gross who were also in contention for the same award.

Mwepu was among 10 players who goals were nominated for the recognition because of their fluency in front of goal.

He was nominated twice for the same award, including for the goal he scored against Arsenal.

Brighton held the awards ceremony on Monday ahead of the countdown to the end of the Premier League season.

There were 11 other award winner including Men’s Players’Player of the Season accolade which went to Marc Cucurella.

Men’s Goal of the Season, sponsored by Tysers: Enock Mwepu (against Liverpool).