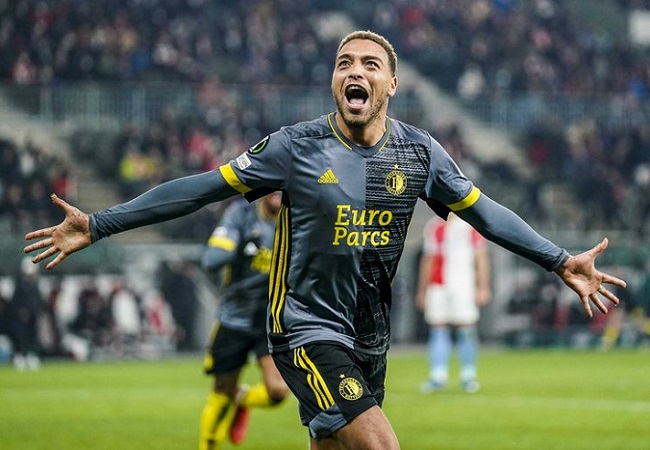 In a tweet, Cyriel Dessers expressed his joyful mood as the Nigerian Football Federation – NFF invites him for the friendly games scheduled against Mexico and Ecuador.

The Feyenoord attacker has been in top form in the last one month, leading the Europa Conference League chart and scoring vital goals for the Rotterdammers in the league.

His ten ECL goals puts him in good stead for the top scorer’s prize ahead of closest rival, Tammy Abraham.

The final of the ECL will come up in Tirana, the Albanian capital on the 25th of May, three days before the Super Eagles race Mexico in Dallas.

It’s yet to be seen if Dessers will be available for the first game as he hopes to make a mark good enough for a permanent place in the team.

The former Heracles attacker was hardly given enough opportunities in his previous invitations and may consider his time as now.

The Super Eagles are still awaiting the appointment of their new head coach ahead their upcoming friendlies and 2023 AFCON qualifying match against Sierra Leone.

But according to the NFF President, a new coach will be appointed by Thursday.