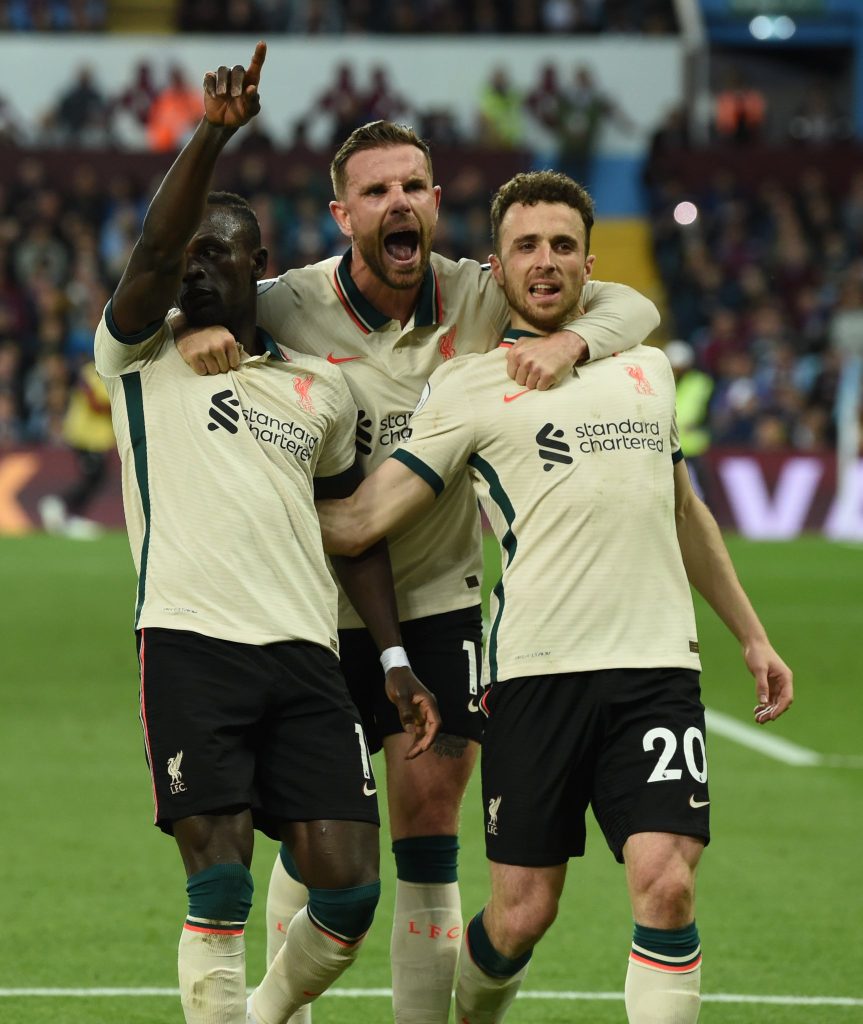 Both teams have 86 points, but City leads on goal differential.

City will now have to reply when they meet Wolverhampton Wanderers at the Molineux on Wednesday night.

Klopp took the risk of making changes after their 2-2 draw with Tottenham at the weekend, with Salah being one of them.

The much-changed team got off to a bad start, falling behind just three minutes.

After Alisson couldn’t hold on to his initial header, Luiz, who had a brief time at Man City, smashed the ball home.

Three minutes later, however, Liverpool were level when Matip scored on the stretch after the ball had pinballed about the box.

Mane appeared to have put them 2-1 up just before the 20-minute mark, but his header from Kostas Tsimikas’ left-wing cross was barely wide.

Then Ings had a golden chance to score, but he misjudged John McGinn’s left-wing cross, leaving Alisson in no-land.

Liverpool suffered a setback moments later as Fabinho left the field with what appeared to be a hamstring injury.

Thiago’s tackle broke through to Mane in the 65th minute, who played it forward to Luis Diaz. With a precise cross from the left, the Colombian handed it back to Mane, who finished it off with a looping header beyond Emi Martinez.

After Alisson did well to smother the ball from Ings, who found himself through on goal, Mane had an effort pushed off the line by Matty Cash.

The last time Liverpool and City were neck and neck in the Premier League title battle was during the 2018-2019 campaign.

Manchester City went on to win the title that season.