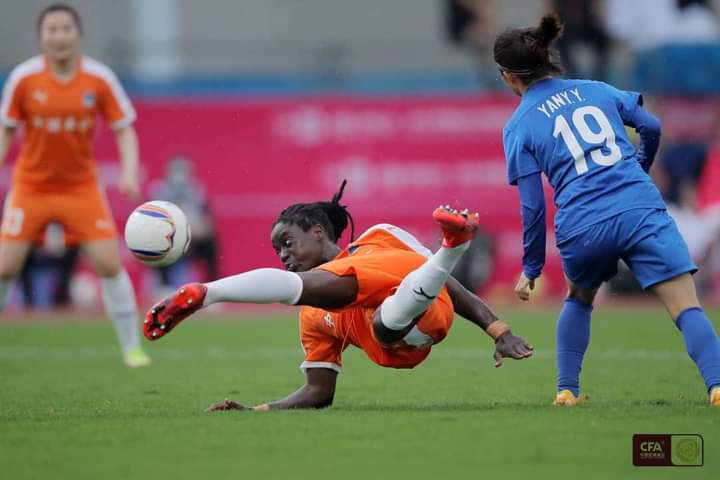 Tabitha scored for Wuhan Jianga as they beat her former employers Jiangsu Suning 6-0 to take her tally to eight goals from similar number of games.

Tabitha scored the opener for the hosts before Zhang Linyan added two more goals in quick succession, including from the penalty spot.

Linyan scored again to make it her hat trick before Ma Jun put the final nail on Suning’s coffin with the sixth strike.

Shaanxi anchor the table with five points from seven games.

Chawinga was named Chinese Women’s League’s Player of the Year following an outstanding 2019-20 season at Suning.

She eventually crossed the floor to join her younger sister Temwa at Wuhan.

Temwa featured in Wednesday’s game in defence for Wuhan due to the absence of some defenders who are injured.