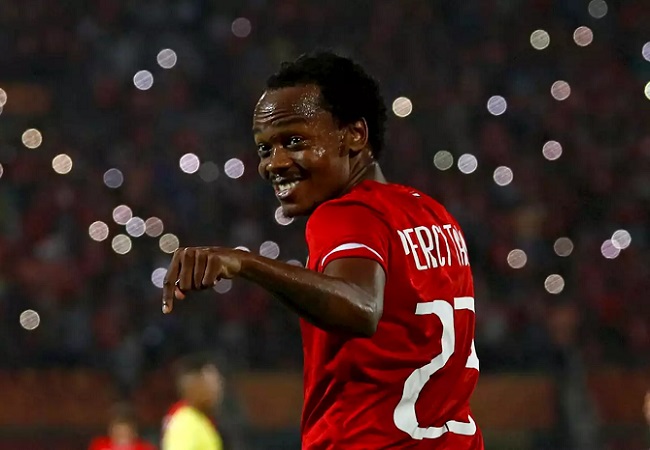 Percy Tau has attracted interest from several top European clubs who have expressed a firm interest in him just as he has started to settle under Mosimane at Al Ahly. The Bafana Bafana striker could leave the Egyptian giants if he chooses.

In fact, these clubs have been following The Lion of Judah since he played for Club Brugge in Belgium and their interests have only grown since he joined the Egyptian giants.

“They have been following him and they may have been put off when he chose to go back to Africa after things didn’t go well for him at Brighton & Hove Albion. But they can see that he has not let the standard down and their interest in him has been renewed.”

“I am not sure if they have already spoken to Al Ahly about him. But if not, I think it will be happening soon enough.” Stated a source on Phakaaati.

Percy Tau scored a brace in the CAF Champions League this passed weekend. Giving Al Ahly one foot in the door of the tournaments final. His brace inspired Mosimane’s side to a comfortable 4-0 thumping of Algerian side Entente Setif.