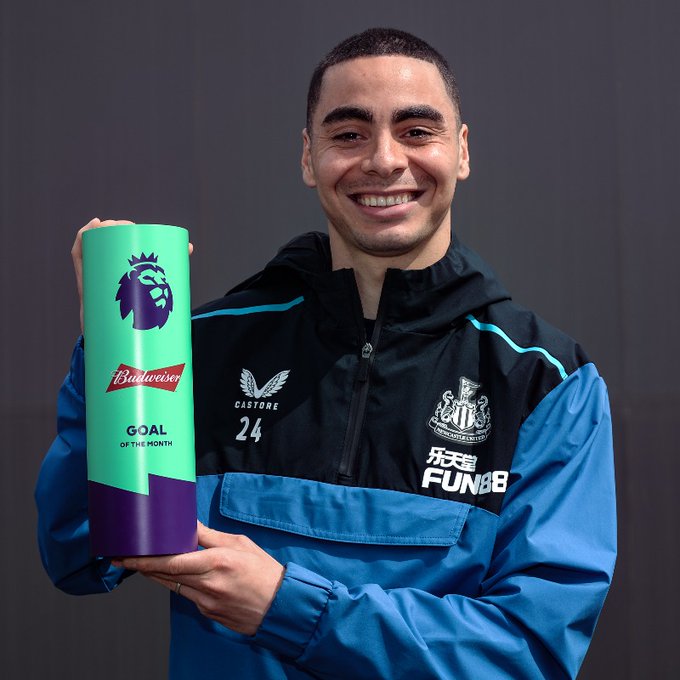 The Newcastle United midfielder dashed from nearly halfway before shrugging off Tyrick Mitchell and firing a left-footed effort into the top corner.

Almiron is the first Newcastle player to win the accolade since Matty Longstaff won it in October 2019 for a long-range shot against Manchester United.

The Paraguayan’s attempt was chosen over seven other finalists by a panel of experts and a public vote.