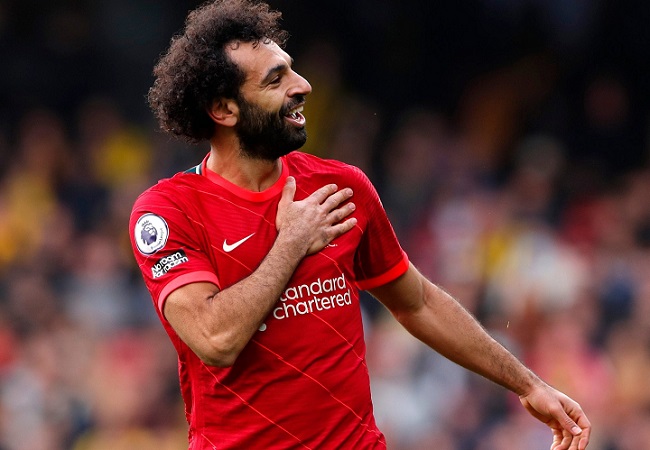 Egyptian winger Mohamed Salah has been a key contributor to Liverpool’s success this season, having scored 30 goals and providing 16 assists in all competitions.

The Reds are currently in a quest for a historic quadruple this season as they are in contention for the Premier League, FA Cup, and the Champions League with the EFL League Cup already secured after defeating Chelsea on penalties back in February.

They could win their second trophy as they are set to play Chelsea once again in the FA Cup final, set to take place on Saturday, May 14th. Two weeks later, Liverpool will travel to Paris to take on La Liga champions Real Madrid in the UEFA Champions League final and Salah is hoping his side can make amends for the last time both sides met.

Also Read :  “WE HAVE A SCORE TO SETTLE” – SALAH SAID AHEAD OF UCL FINAL

“I remember the last [Champions League] final against Real Madrid as if it was yesterday.” Salah told beIN Sports.

“I feel very excited about facing them in the final again. We want to do well this time. When I left the pitch last time, it was sad for me. But I had to accept it and move on. That’s why we won the Champions League a year later.

“All my life, I’ve been thinking this way and tried to stay on the right track. In the past, there were those who told me that I would not be able to achieve anything after leaving Chelsea. But I stayed positive.”

“I hope we can achieve the quadruple. I’m doing my best to win the Premier League and the Champions League. But the most important thing is the team.” He added.

The Egyptian international also responded to recent criticism from pundits, who claimed he is selfish despite being the Premier League’s top assistant this season.

“I do not listen to everything that’s being said.” He continued.

“I always try to improve my game, try new things, and make the difference.

“If you compare me with players who play in the same position, and I don’t mean just in my team, but in general, I am the best and the numbers prove it. But I must remain focused and continue to work hard.”