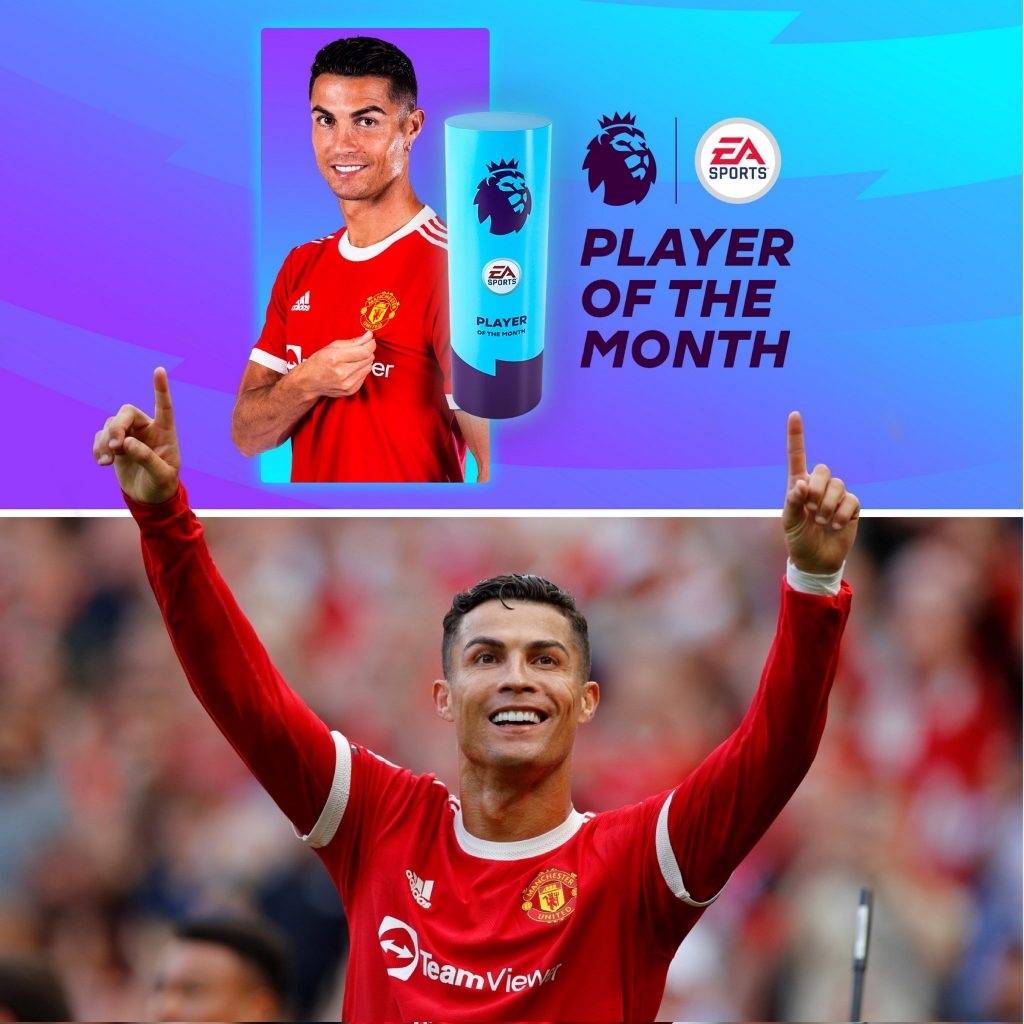 Cristiano Ronaldo has been named EA SPORTS Player of the Month for April 2022, his second time winning the award this season.

Overall, it’s Ronaldo’s sixth EA SPORTS Player of the Month honour, putting him one behind Harry Kane and Sergio Aguero for the most.

It follows a month in which the Manchester United striker scored his 100th Premier League goal in a 3-1 loss to Arsenal, as well as his 50th club hat-trick in a 3-2 victory over Norwich City.

Ronaldo scored his fifth goal of the month to earn a 1-1 draw with Chelsea at the end of April.

Despite a mixed time of it on the pitch for the Reds, the 37-year-old scored five goals in his four top-flight appearances for Manchester United last month, including a stunning hat-trick against Norwich City at Old Trafford which helped us to a dramatic 3-2 victory.

A consolation strike at Arsenal in a 3-1 defeat to the north Londoners followed and that was Ronaldo’s 100th Premier League goal – the Portuguese became only the fourth United player to reach a century in the division for the club, after Ryan Giggs, Paul Scholes and Wayne Rooney.

Goal no.101 soon followed, as Ronaldo powerfully volleyed home at the Theatre of Dreams to secure a 1-1 draw against Chelsea in our final game of April.