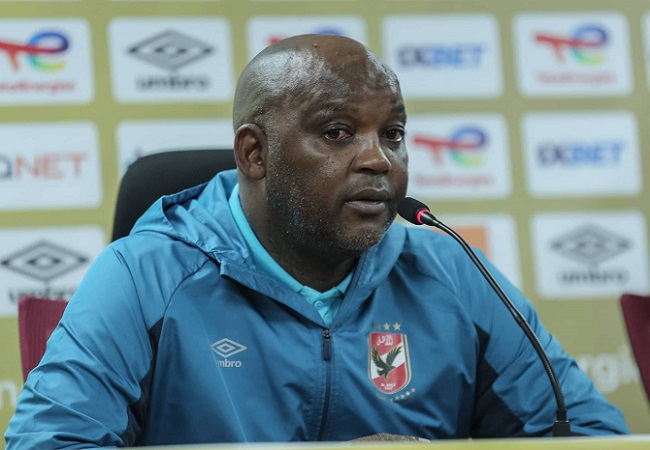 However, Mosimane said on Friday that his team will be looking to “score and win” despite the comfortable 4-0 win in the first leg last weekend in Cairo.

“ES Setif is a big team and we arrived to Algeria to win and score as the game is expected to be difficult.” Mosimane told a pre-game press conference.

Also Read : CCL FINAL : CAF IN THE PROCESS OF IMPLEMENTING OLD TWO-LEGGED HOME AND AWAY RULE

Ahly, who are favoured to qualify for their third consecutive final, seek to become the first team to win a hat-trick of straight Champions League crowns.

“We know that ES Setif will make use of the home and fans attendance. But we will play to score and return to Cairo with a ticket to the final.” The South African coach said.

Good news on the injury front as Al Ahly sees midfielder Amr El-Sulya and centre-back Mohamed Abdelmonem both passed fit for the match after missing the first leg due to injury.

Below is the 25-man squad Al Ahly coach has named for the return clash.