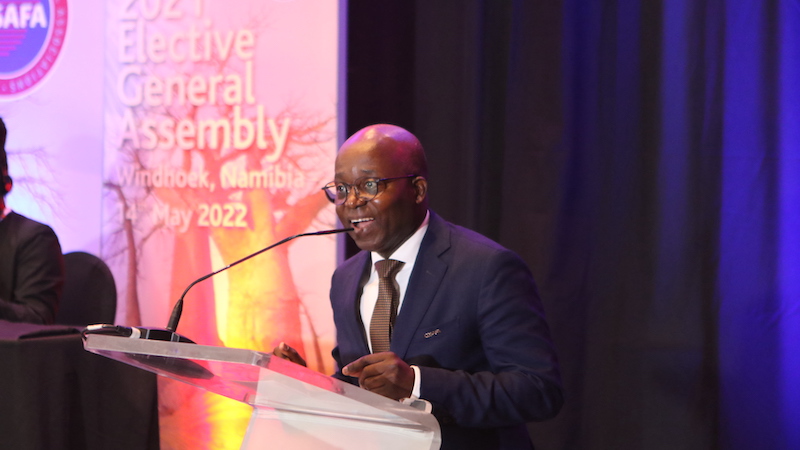 Angolan Artur de Almeida has been elected as the new president for the Council of Southern Africa Football Associations (COSAFA).

The Angolan was elected unopposed to serve a four-year tern during Cosafa annual general meeting held in Namibia on Saturday.

Artur de Almeida, who is also Angola FA head, has replaced Zimbabwean Phillip Chiyangwa who had been at the helm since 2016.

Speaking after his election, Almeida pledged to build on the strides of his successor Chiyangwa.

“I am delighted to have been given the trust and confidence of COSAFA nations to lead the organisation for the next four years,” Cosafa website quotes Almeida saying.

“I am confident the future of COSAFA is full of potential, and I am excited to hit the ground running and grow the organisation in the coming years so that it may continue to serve football in our Southern African region to the benefit of all Member Associations.”

Some 13 of the 14 Cosafa members took part in the annual general meeting.

Zimbabwe were the only member association absent at the annual general meeting due to the country’s ban by Fifa.