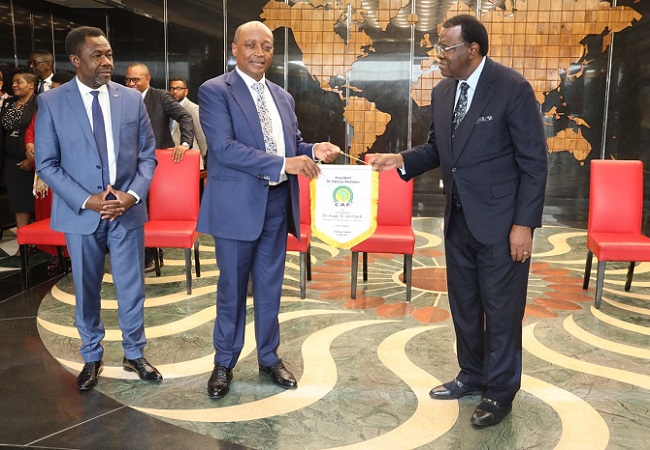 “Football is a game that plays an important role in uniting the people of Namibia and the people of Africa. It gives young people the opportunity to dream big for themselves. We are here to support the work and efforts of CAF.” President Geingob said.

President Motsepe and His Excellency Geingob discussed a number of matters including the state of football and the investment in football infrastructure in Namibia.

“I thank President Geingob whom I have had the honour of knowing for some time for his outstanding leadership and for developing and supporting football in Namibia and in Africa. Under his leadership, we have seen Namibian football make great strides on the African continent. CAF is also assisting in uniting and bringing together the different football constituencies in Namibia.” Dr Motsepe said.

Dr Motsepe also held a constructive meeting with the members of the Namibian Normalization Committee at the Namibian Football Headquarters.