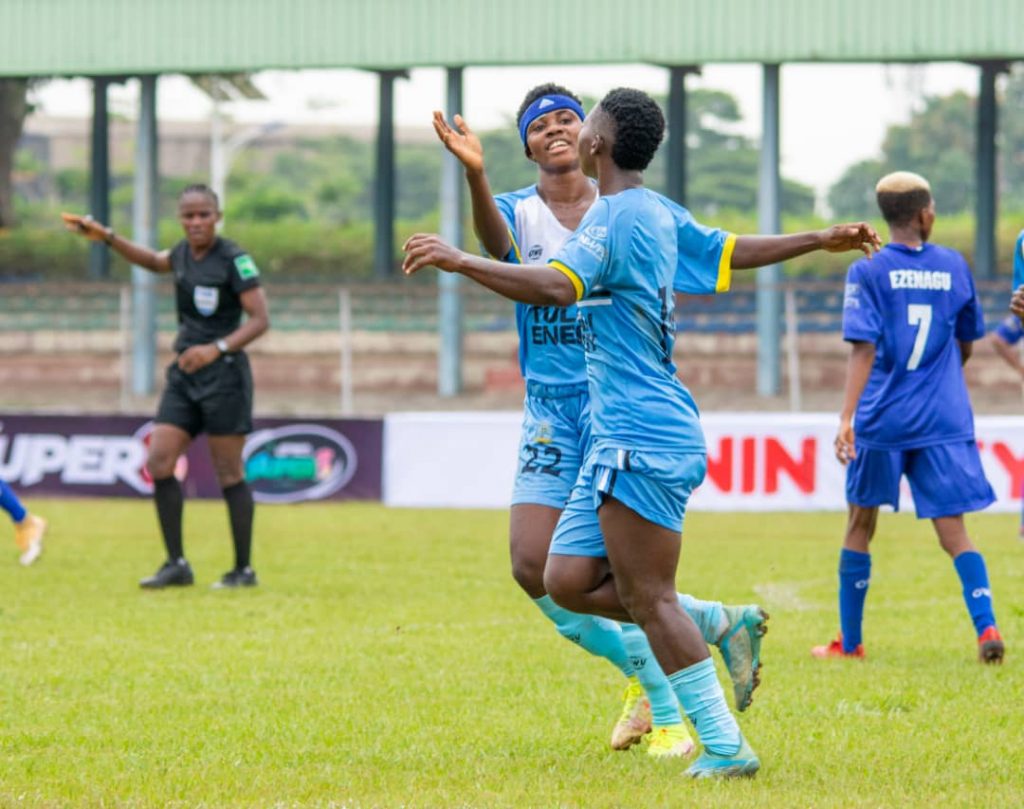 Rivers Angels succumbed to a 2-1 loss to Bayelsa Queens in the opening game of the Nigeria Women Football League(NWFL) Premiership Super 6.

The NWFL Super 6 kicked off in Benin City as the six clubs involved justle for the Holy grail of women club football in Nigeria.

Rivers Angels got off to an impressive start in the game threatening to take the lead against Bayelsa Queens.

Read Also:NWFL Announces Prize Money For Super 6 Ahead of Kickoff

Bayelsa Queens gradually came into the game and in the 33rd minute, Bokiri Joy scored the first goal of the NWFL Premiership Super 6 to give Bayelsa Queens the lead.

A late goal from Bayelsa Queens forward
Monday Gift ensured that the ‘Prosperity’ girls
got all three points against perennial rivals and defending Champions Rivers Angels.

The NWFL Premiership defending Champions began to search for the equalizer as they continued to threaten upfront with Maryann Ezeanagu, Chiamaka Okwuchuku and Brume Ikhekua, leading the assault.

Rafiat Imran of the Rivers Angels equalised in the 76th minute with a well-placed free kick from about 40 yards.

The Prosperity Girls lead was featured by Loanee, Gift Monday who took advantage of a counter-attack to defeat Rivers Angels Ghanaian goalkeeper Adjei Charlotte and give her team a hard-fought win.

Rivers Angels will face Delta Queens at the Samuel Ogbemudia Stadium in Benin at 4 p.m. tomorrow.