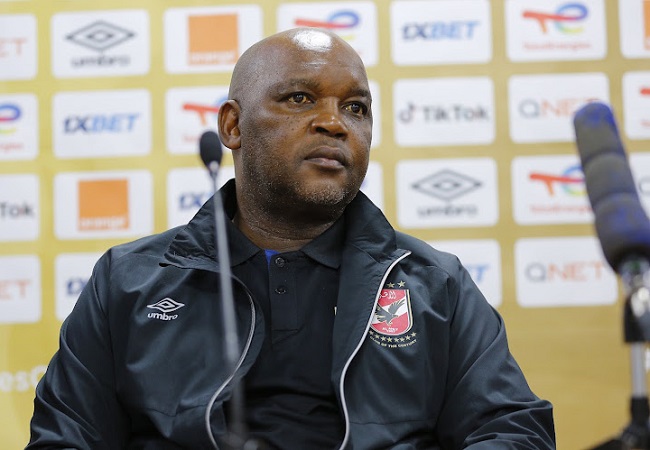 According to widespread reports this week, MT Sports Marketing and Management were planning a BIG announcement regarding Pitso Mosimane, which was expected to drastically alter Mzansi’s football landscape.

Now, in conjunction with his agency, MT Sports Marketing and Management, the highly-regarded coach has revealed that the Pitso Mosimane Soccer Schools programme is set to launch this year.

“The Pitso Mosimane Soccer Schools are part of Coach Pitso’s legacy of not only creating the player of tomorrow but also ensuring that he contributes towards football in South Africa for it to go back to the level of excellence that we know it to be, and most importantly reaching new heights,” says Moira Tlhagale, Managing Director of MT Sports Marketing and Management.” The statement read in part.

“The aim of the Pitso Mosimane Soccer Schools is to develop a football programme that will have a holistic approach to growing a player both on and off the field. The player of tomorrow will be balanced academically, socially, and most importantly, technically.

“Key elements that form part of the PMSS programme is to ensure the employment of the right calibre of coaches; adherence to a specified development plan and ensuring the environment that the players are in is safe and encouraged to thrive.” Shared Keletso Totlhanyo, General Manager of MT Sports Marketing and Management.

Mosimane is currently in pursuit of a third CAF Champions League title. Egyptian giants Al Ahly will take on Moroccan side Wydad Athletic Club in the final on Monday, 30 May.

Mosimane, who previously coached Mamelodi Sundowns and Bafana Bafana, will be looking to clinch a third CAF Champions League trophy in what will be his fourth final as he continues to stake his claim as Mzansi’s greatest coach of all time.