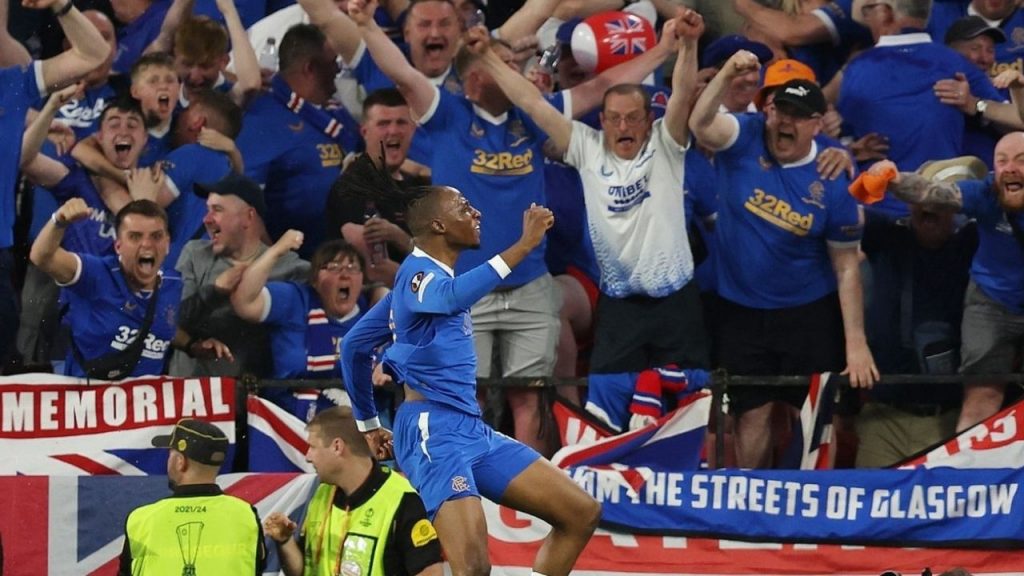 The 25-year old was the one who showed his teammates the way against the Bundesliga side as he caught the defenders sleeping in the 57th minute.

However, Rafael Borré snatched the extra-time for Frankfurt as he netted in the 69th minute.

Despite losing the trophy, Joe Aribo can be proud of his achivement as his first goal of the season in Europa League will be remembered for many years.

In fact, Aribo became the second ever Nigerian player to score in a major European Cup final since Alex Iwobi against Chelsea in 2019.

Even though his goal did not help Rangers to win the final, Aribo’s fine form will be a great addition top the Super Eagles for next month’s friendlies.