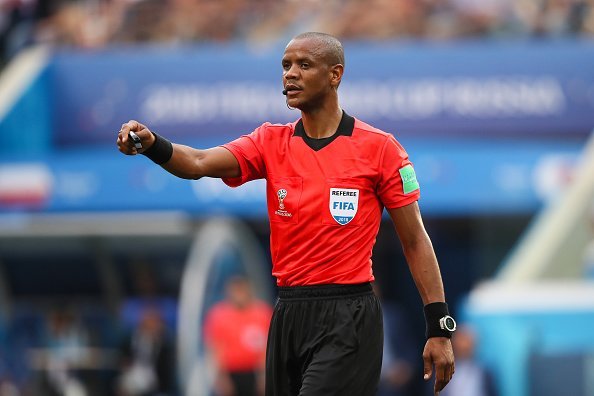 Sikazwe hit headlines at the delayed 2021 Africa Cup of Nations finals in Cameroon where he ended the game between Mali and Tunisia prematurely.

He later revealed that he had suffered from ‘heatstroke and severe dehydration and was taken to hospital.

Nonetheless, CAF and FIFA rate him highly; hence, he will handle the final at Nigeria’s Godswill Akpabio Stadium in Uyo.

Angolan Jerson Emiliano Dos Santos will join Sikazwe as his first assistant whereas Mozambican Arsenio Chadreque Maringule will be the second assistant.

Botswana referee Joshua Bondo will serve as the fourth official.

Egyptian Mahmoud Ashor will be the Video Assistant Referee for the match assisted by compatriots Mahmoud Abouelregal and Mahmoud Elbana.