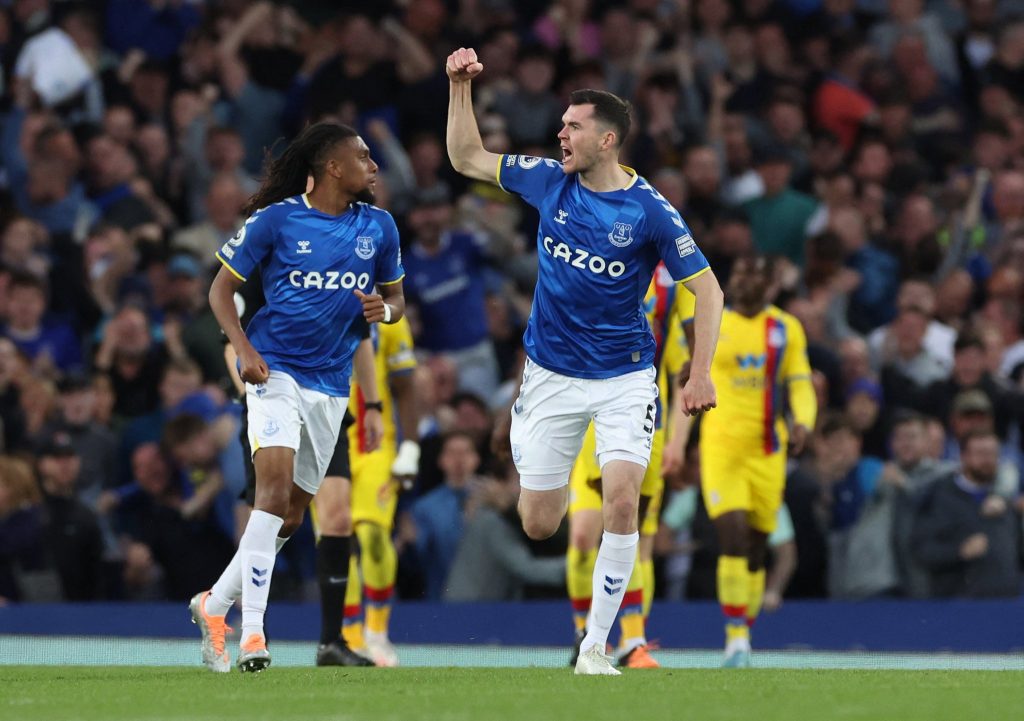 Everton sealed their spot in the Premier League for next season with a dramatic 3-2 comeback win over Crystal Palace at Goodison Park on Thursday night, with Alex Iwobi in action.

Everton fell behind in the 22nd minute when Crystal Palace’s Jean-Philippe Mateta scored.

Everton equalised nine minutes into the second half, thanks to defender Michael Keane.

Everton equalised in the 75th minute when Richarlison’s strike rebounded off Conor Gallagher and went in.

With five minutes remaining, Dominic Calvert-Lewin headed in a cross to complete the comeback and ensure Everton’s Premier League status for next season.

Everton are currently safe in 16th place with 39 points with one game remaining, while Burnley and Leeds are fighting for safety.