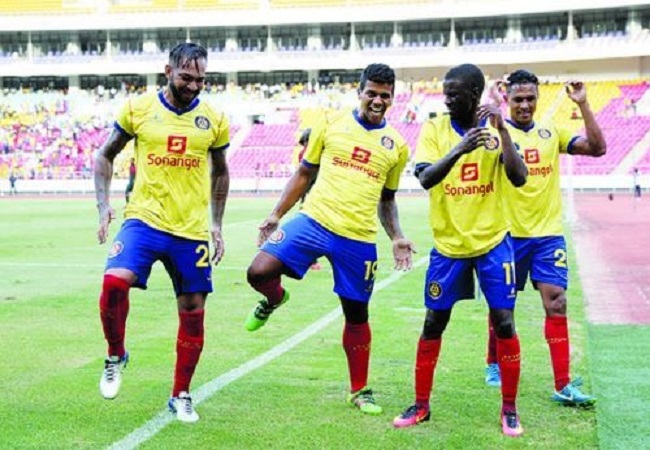 Petro de Luanda won the national first division football championship on Wednesday. They have been crowned after defeating Sagrada Esperança da Luanda Norte by 3-1, in the 26th round played at Luanda ‘s 11 de Novembro Stadium.

With goals scored by Kinito at minute 35, Tiago Azulão at 59′, and Maya at 87′ Petro de Luanda, ended a 12-year “fast” period, that is, without winning the top division championship, also dubbed Girabola.

The opponent team’s consolation goal happened at 90+3 minutes, Petro defender committed a foul in the area, which the referee sanctioned with a penalty kick, which was well finalized by Jô Paciência.

Petro de Luanda who represented Angola in the ongoing CAF Champions League said goodbye to the competition in the semifinal after loosing to Wydad Casablanca of Moroccan 4-2 on aggregate.

Check the top five teams of the competition: