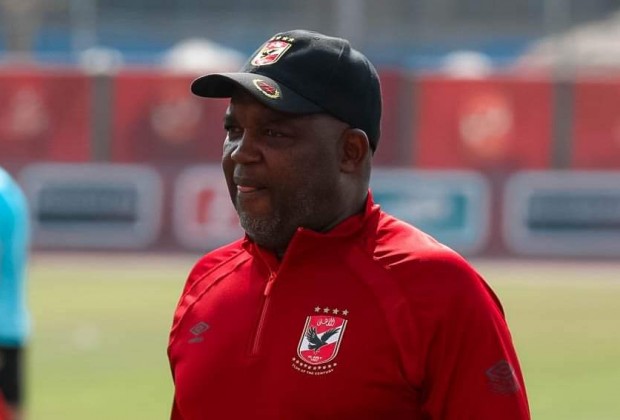 Al Ahly head coach Pitso Mosimane has reportedly set his sights on a certain Mamelodi Sundowns super star as he intends to bolster his workforce next season.

After failing in on Gaston Sirino deal months ago, the South African gaffer is back at it again and wants to sign a player from his former club.

According to Soccer Laduma, Pisto Mosimane would like to signe red-hot Namibian striker Peter Shalulile.

The 54-year old is impressed by the scoring abilities of Shalulile and is keen on bringing him to Egypt.

Peter Shalulile scored 28 goals and provided 7 assists in 43 games across all competitions with the Brazilians this season with 21 of them coming in 25 DSTV Premiership.

Now it remains to be known whether Sundowns officials will let on their goal machine who is linked with the club until June 2025.