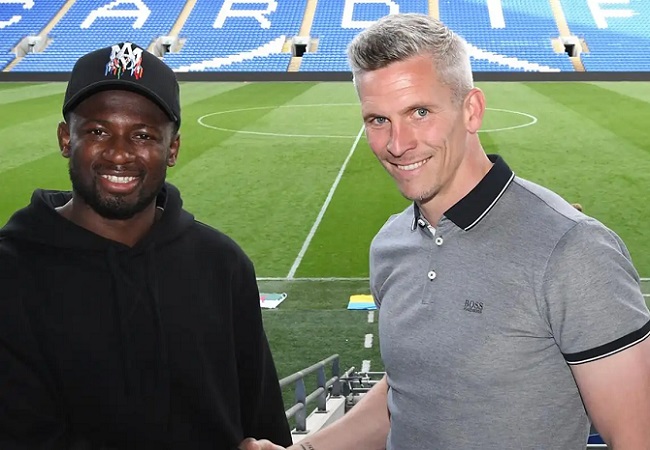 Cardiff City have completed the signing of Super Eagles fullback Jamilu Collins. The English Championship side moved the Nigerian international from Paderborn on a two-year contract.

Collins has been decent for Paderborn since he arrived at the club in 2017. He helped Paderborn to Bundesliga promotion just two years after he joined.

Unfortunately, they were relegated in their first season. Nonetheless, Collins was a consistent figure for his German side.

However, the Super Eagles star has decided to call time on his time in Germany, as he has signed a two-year deal with Cardiff City.

Collins’ contract at Paderborn was supposed to expire at the end of June. But he refused to renew and chose a move to England instead.

It will be Collins’ first time in England, as he has spent all his career in Croatia and Germany.

“I’m really excited to be in Cardiff. And I can’t wait to get started.” Collins said in as per the Cardiff City website.

“The Club has great history. And when I got the call to come to Cardiff, I was so excited. I couldn’t resist. I’m looking forward to the challenge of the new season.

The Super Eagles star is a decent addition to Cardiff City, as he could be a makeshift midfielder. And he can also play fullback or center-back.